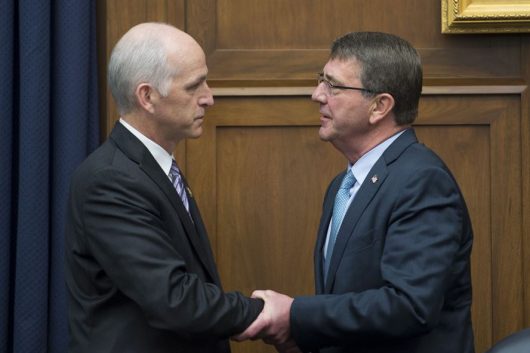 The Better Utilization of Investments Leading to Development Act (BUILD) was created to allocate private-sector dollars to assist developing countries. The BUILD Act would create The United States International Development Finance Corporation (USIDFC). The budget would be set at $60 million, which is nearly double Overseas Private Investment Corporation’s (OPIC) current funds. There will be a focus on low income and lower-middle income countries and assistance to turn them into market economies.

The BUILD Act was passed by the House on 17 July 2018. The vote was spearheaded by Co-Chairs of the Congressional Caucus for Effective Foreign Assistance, Rep. Adam Smith and Rep. Ted Yoho. The importance of The BUILD Act is recognized by both parties because it recommits the United States to be supportive of developing countries.

According to Rep. Adam Smith, the United States must “take an all in approach to our foreign assistance.” Programs like The BUILD Act are essential because they promote “health, peace and stability that are vital to our national security.” Rep. Ted Yoho believes The BUILD Act is a huge step towards the United States becoming more effective with foreign aid. The end goal of the BUILD Act is to take countries that are struggling with extreme poverty from “aid to trade.”

The importance of the BUILD Act for developing countries can be seen in 5 major areas:

Helping Economies Around the World

Developing countries have difficulty attracting the investors that are needed to begin creating economic growth. In order to assist these countries and gain the advantages of helping, The U.S should be encouraging the private sector to invest. That is where The BUILD Act comes into play. This act will allow developing countries the opportunity to get out of poverty and accomplish becoming self-sufficient.

The act will bring billions of dollars in private-sector investments to fight extreme poverty along with making it easier for American business to work in developing countries. If an American investor would like to have a business in a developing country, but the banks think that could be too risky of an investment, The USIDFC would be available to provide assistance; subsequently, helping Americans while creating more jobs and helping those dealing with extreme poverty.

The BUILD Act is an important piece of legislation that both parties feel will be a benefit to both our economy and that of developing countries in need. Countries facing extreme poverty will now have the capability to become self-sufficient.