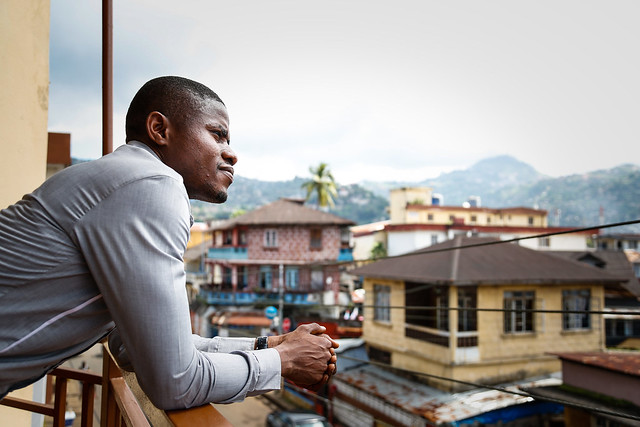 Sierra Leone is a West African country bordered by the North Atlantic Ocean. It is an impoverished country with almost half of the working-age population involved in subsistence agriculture. Between 1991 and 2002, Sierra Leone was subject to a civil war that resulted in more than 50,000 deaths. Sierra Leone also experienced a harsh Ebola outbreak in 2014 that outclassed all others. Its citizens are still recovering from these events, which have resulted in years of physical and emotional pain. This has left hundreds of thousands of people plagued with mental health issues in Sierra Leone.

The World Health Organization approximates that 10 percent of Sierra Leone citizens are facing mental health problems. This number may be even higher when taking into account cases that have not been officially reported. “[D]aily hardships and misery can turn into what scientists call “toxic stress” and trigger or amplify mental health problems” as a result of living in extreme poverty. For a long time, there was a lack of political support for mental health in Sierra Leone.

Resources are a big problem when tackling the issue of mental health in Sierra Leone. There are only “two psychiatrists, two Clinical Psychologists and 19 Mental Health Nurses” in a country of seven million people. Furthermore, only four nurses are trained to work with children with mental health issues. Due to the absence of support, many citizens seek out help from the traditional healers available.

The Ministry of Health and Sanitation

Most of those infected or family to those infected during the Ebola virus disease (EVD) outbreak experienced trauma. Patients were often isolated from loved ones and surrounded by strangers. People had to cope with the death of family members and friends. Survivors of EVD beat the virus, but they still experienced toxic stress, depression, insomnia and anxiety. MOHS developed a plan for providing mental health services by improving community awareness, building demand for services and improving access to specialized healthcare workers at all levels of care.

The MOHS worked with the Advancing Partners program on a two-year project funded and managed by USAID’s Office of Population and Reproductive Health and implemented by JSI. In Sierra Leone specifically, MOHS’s framework is being used to aid Sierra Leone’s government with the implementation of health service in post-Ebola recovery. The program is improving mental health awareness in the community, training healthcare workers with the skills to provide high-quality care and reinforcing mental health governance.

So far, MOHS and Advancing Partners have created community healing dialogue (CHD) groups. The groups help communities by providing coping mechanisms, finding resources and offering support for those with psychosocial issues. These groups are placed in areas with a large amount of EVD survivors and trained mental health staff. The CHD groups have “reached almost 700 people in 40 communities across the six districts most affected by the Ebola outbreak (Bombali, Port Loko, Kailahun, Kenema, and Western Areas Rural and Urban).”

The World Health Organization is focused on training healthcare workers in Psychological First Aid and the identification of distress. WHO developed the mental health gap action programme (mhGAP) to train community health workers and medical doctors in Sierra Leone. This way, healthcare workers will be able to more easily identify mental disorders and discover treatment options. WHO wanted to create an approach that aims to support mid-level and higher level healthcare workers to provide better tailored services.

Sierra Leone was previously a country where mental health needs were not addressed. The country continues to be impoverished since a large part of its population is unemployed. It experienced devastating losses in its 11-year-long civil war and was further distressed by the severe Ebola outbreak in 2014. The country has a large amount of people still suffering from past issues. That suffering went untreated for a long time. However, organizations like the WHO and MOHS have made considerable progress in addressing the mental health in Sierra Leone.