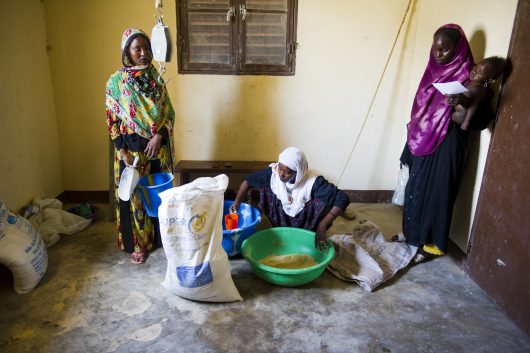 The issue of malnutrition is one that plagues nations all over the world. It contributes to almost half of all child deaths each year. Studies show that the first 1,000 days of a child’s life, from conception to its second year of life, are critical in its development. This time period creates the foundation on which a child’s further development will be based and is consequently the most harmful time for a child to be malnourished.

This understanding is especially important to note when looking at the issue of malnutrition in Kenya specifically, where 40 percent of children below the critical age of two are considered “stunted” (too short for their age), a condition which arises as a direct result of malnutrition. Malnutrition essentially holds a child’s body hostage by inhibiting its growth and development. Further, children that suffer from chronic malnutrition also run the risk of brain damage, as their brains typically underdevelop.

In the thick of the effort to combat malnutrition in Kenya is an organization called Insta Products. Insta creates micronutrient-rich instant porridge packets that are specifically designed to combat malnutrition. The products also provide all nine of the human body’s essential amino acids, which is extremely important when considering the rarity of animal products that would typically provide said acids. The porridge contains grains and soybeans, the majority of which are sourced locally from Ugandan and Kenyan farmers in an effort to contribute to local economies, working to combat malnutrition by combating poverty.

The organization’s product has become so successful that it is purchased on an extremely wide scale. Approximately 89 million servings of the product have been sold by major aid organizations such as UNICEF and the United Nations World Food Programme. Insta has been given the honor of being one of seven suppliers recognized by UNICEF, an incredible feat for a company who focuses on sourcing local goods in order to holistically tackle the issue of malnutrition.