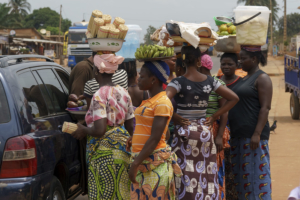 Wedged between Togo and Nigeria, Benin is a West African nation home to over 10 million people, most known as the origin place of voodoo. The national poverty rate of Benin was 38.5% in 2021, and the proportion of people living under $1.90 a day was 19.2% in 2019. Like any other country, human trafficking impacts vulnerable population groups in Benin.

According to the Trafficking Victims Protection Act (TVPA), human trafficking is the act of forced sexual exploitation or the subjection of labor through involuntary servitude. The TVPA outlines the minimum standards a country must meet to eliminate trafficking. This is to ensure that countries label human trafficking as a punishable crime and make serious efforts toward change.

The TVPA ranks countries by tiers regarding the government’s efforts towards ending human trafficking, with Tier 1 indicating countries that meet the minimum standards of effort and Tier 3 being countries that do not meet the standards and are not making moves to do so. Benin falls under Tier 2, as the country does not fully meet the standards but is attempting to do so. The government is taking steps to convict more traffickers, expand awareness and victim identification, identify traffickers and increase training for law enforcement. Unfortunately, Benin authorities have failed to sentence convicted traffickers.

Benin’s trafficking portfolio explains that most trafficking in the country is internal and involves low-income children and other vulnerable populations. Common tactics of this type of recruitment include the false promises of education and a job. Most traffickers are known community members, like civil servants and farmers. Debt bondage is another way traffickers trap victims. In 2022, the Benin government reported a total of 701 trafficked victims. Overall, 111 children and 40 adults were sexually trafficked and 550 children were reported to be labor trafficking victims.

Beninese children are not just exploited within the country but throughout Western Africa. Within the Republic of Congo, Benin is the largest source of trafficking victims, with nationwide child and forced marriages and domestic servitude. Women from Benin are frequently trafficked for labor and commercial sex internationally.

The Department of State in the U.S. recommends that the country should continue developing training of law enforcement and judicial officials to improve their investigations and prosecutions of traffickers in accordance with its laws. Expanding capacity to provide nonmedical services to victims and finalizing an agreement with Togo and Nigeria that shares information and cooperate on transnational investigations would help too.

The U.N. also suggests the global incorporation of training on human trafficking for medical and behavioral health professionals to aid victims and increase prevention. This includes teaching patients about informed consent, providing trauma-informed care and having resources for victims that support food security and housing.

There are multiple multilateral organizations and agencies that are fighting human trafficking specifically in West Africa. ECPAT works towards ending the sexual exploitation of children and partnered with a network of NGOs called C.L.O.S.E. to reach as many victims as possible. Benin’s International Criminal Police Organization National Central Bureau Cotonou also works to protect national security by investigating trafficking routes, along with being a major player in the organization’s fugitive investigation operations. In 2021, Benin’s National Agency for the Prohibition of Trafficking in Persons rescued more than victims, arresting 75 traffickers and convicting three.

Although much more attention is needed to address human trafficking in Benin, the government’s efforts coupled with victim support from NGOs will help to move the needle on this dire issue.