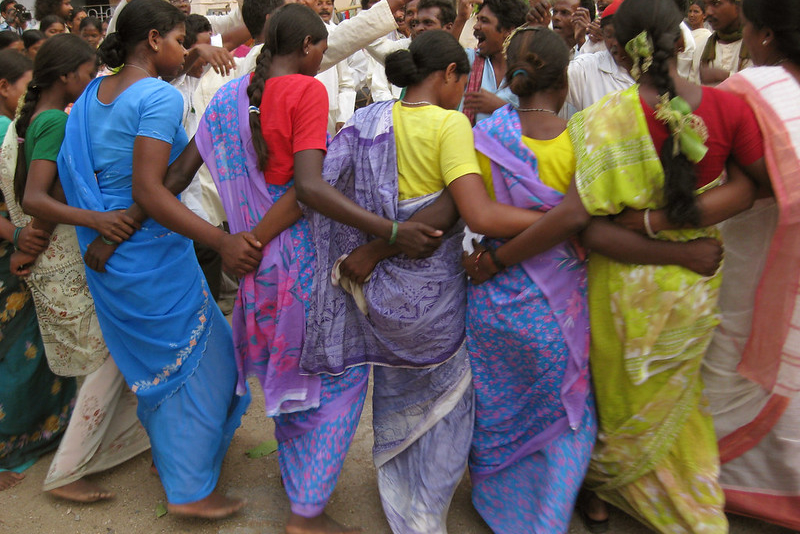 Period poverty affects those who menstruate in both developing and developed countries. According to the United Nations Population Fund, “period poverty describes the struggle many low-income women and girls face while trying to afford menstrual products.” Period poverty also includes a lack of access to hygiene and sanitation facilities to properly manage menstruation. The World Bank highlights that, across the world, “an estimated 500 million lack access to menstrual products and adequate facilities for menstrual hygiene management.” Furthermore, “1.25 billion women and girls have no access to a safe, private toilet” and 526 million females have no access to any toilet. Despite this form of poverty affecting women and girls globally, period poverty affects developing countries the most. In many developing countries, 50% of all females resort to using “items like rags, grass and paper” to manage their menstruation rather than safe sanitary products, a 2022 article by ActionAid said. For these reasons, campaigns for governments to address period poverty are essential.

Comments from a Youth Campaigner

Sixth former Ellie Massey is a former member of the Youth Parliament for Northern Ireland. Massey played an instrumental role in campaigning for Northern Ireland to pass legislation for the free provision of sanitary products. In an interview with The Borgen Project, she highlighted that there needs to be further progress on the scheme within universities. Many tertiary-level students live away from their families and are already facing student debt in order to access university education, meaning that “period products are a lot less accessible for them.”

Massey speaks on useful techniques campaigners can use when campaigning to address period poverty. For instance, writing a personal plea for politicians and lawmakers to address the issue as opposed to “generic letters” that flood their inboxes.

Massey detailed that within a personal plea regarding addressing period poverty should be reasons why it is the politician’s responsibility to make legislative progress on the issue and specific details on the actions the politician can take to help.

During her time of campaigning for progress in the realm of period poverty in the United Kingdom, she wrote a letter to the education minister at the time, Peter Weir, and reached out to organizations such as the Human Rights Commission. She also interviewed students that period poverty affected and included these personal quotes in her letter to give it more standing.

Massey said that advocacy on the issue works better via in-person meetings or Zoom as politicians can put a face to a name and campaigners tend to argue points better when talking face-to-face. Once politicians actually realize the devastating impact of the issue, most of them are happy to help, so it is just about getting the message across in the most effective and impactful way.

Amika George is a British youth activist who at the age of 17 began the Free Periods campaign in the U.K. to address period poverty and its impacts on girls’ education. The campaign began as an online petition after George learned that students in the U.K. would miss as much as a week of school per month due to the inability to afford sanitary products while menstruating.

Speaking on the issue, the activist commented to Cherwell that “the existence of period poverty only came to public consciousness as recently as [2018] when reports of girls routinely missing school because they couldn’t afford menstrual products were thrust into the media glare.”

“What’s been depressing since then is the lack of any affirmative action by the government, despite outrage and horror that girls were using socks stuffed with tissue or newspaper,” George said. The petition called on the U.K. government to take action by providing free period products to students who are eligible for free school meals and to work toward addressing period poverty.

The Gift Wellness Foundation works to address period poverty in the U.K. and beyond. In August 2022, volunteers and Dr. Zareen Roohi Ahmed, the Foundation’s chair, delivered sanitary products to Syrian women across six refugee camps in Lebanon. The delivery included 500 boxes of menstrual products as well other essentials such as “shampoo, soap and washing powder.”

Commenting on the trip to Lebanon, Roohi Ahmed said on the Foundation’s website that the Syrian women refugees showed inspiring “resilience and bravery in the face of such upheaval.” However, “no one should be without basic menstrual products. The children in these camps need their mums to be empowered if they are to have any future at all.”

The Gift Wellness Foundation also donated sanitary pads to Rohingya women in Bangladesh. This took place within Cox’s Bazaar refugee camp, which is “the largest refugee camp in the world.” The Communities Against Poverty (CAP) Foundation runs a women’s health center in the camp, where many women give birth. In fact, “60,000 Rohingya women and young girls have given birth in the camp after being raped in Myanmar.”

The Gift Wellness Foundation provided more than 10,000 pads to support these women. Iqra International partners with the Foundation to give out sanitary pads in schools across the most impoverished areas of Bangladesh.

In the face of alarming statistics regarding period poverty and the impacts on female health and education, young activists and campaigners are taking a stand to create change.