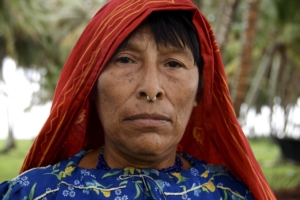 Lack of Clean Water for Indigenous Communities in Panama

Several programs are working to help indigenous communities access clean water in Panama. The United Nations is working toward a solution through its “Joint Programme on Water and Sanitation for Dispersed Rural and Indigenous Communities in Nicaragua, Panama, and Paraguay.” The U.N.’s program worked to educate local populations about managing their water process. Its goal was to ensure more widespread access to clean water and proper sanitation. By tackling the problem in this way, the U.N. was seeking a long term and sustainable solution. The U.N.’s project developed under the Millenium Development Goals Fund. It assists in sustaining economic advances for indigenous communities.

After the program, the U.N. gained assistance from The Rural Water and Sanitation Information System (SIASAR). The companies’ goal was to provide Nicaragua, Panama and Paraguay with accurate information about the success and quality of the newly acquired water resources. The data from SIASAR focuses on four categories: system, community, service provider and technical assistance. SIASAR data showed that over 60,000 households now have access to clean water, while 19,000 remain without access.

Solea Water has also been helping increase access to clean water in Panama. One of Solea Water‘s main goals is to ensure that indigenous communities are empowered to control and sustain their development of water sources. The organization assists indigenous people with their work and programs. Solea water also asks indigenous people to help with the programs the organization itself has started. The organization’s goal is to ensure a sense of understanding and growth by working together.
Solea Water recently completed a project, with the assistance of the residents in La Reserva, called “La Reserva Panama Project Report”. The report displays the lack of water sources for residents in La Reserva over a long period of time. Solea Water’s project helped the La Reserva community access clean water again.
According to a 2019 annual report released by Solea Water, it raised over $52,000 worth of funds for completed and future projects. This has allowed Solea Water to help close to 2,700 people around Panama. Solea Water has completed almost 50 projects and has helped a total of 25,000 people since 2015.
Indigenous communities in Panama continue to struggle with accessing clean water. Alongside this issue is a lack of resources in general and a high level of poverty among indigenous communities. Location has continued to affect their access to resources. Multiple organizations are dedicated to helping indigenous communities access clean water in Panama. The United Nations is working to improve access through a water and sanitation program in Nicaragua, Panama and Paraguay. Solea Water has also worked to help indigenous communities empower themselves and sustain growth from their joint projects.
– Jamal Patterson
Photo: Flickr
July 23, 2020/by Jenna Chrol
https://borgenproject.org/wp-content/uploads/The_Borgen_Project_Logo_small.jpg 0 0 Jenna Chrol https://borgenproject.org/wp-content/uploads/The_Borgen_Project_Logo_small.jpg Jenna Chrol2020-07-23 13:30:402020-07-23 14:45:20Access to Clean Water in Panama for Indigenous Communities