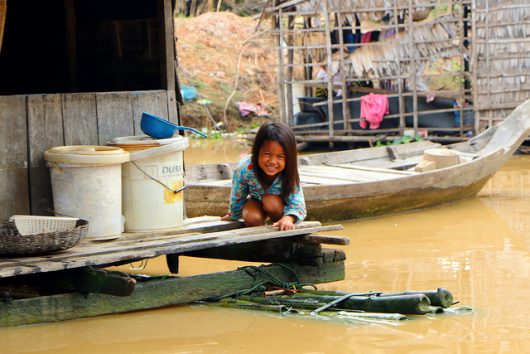 In the 1970s, the Khmer Rouge’s regime resulted in the destruction of most of Cambodia’s educational structures. At the end of this brutal period of communist rule, Cambodia was forced to rebuild its education system from nothing. The country has seen great success in this area, and education in Cambodia continues to improve and be accessible to more young students.

In 2014, the government formulated an Education Strategic Plan to improve the education system and subsequently stimulate the economy. The plan focuses on equal access to education, increasing the quality of the school curriculum, and encouraging teachers and school faculty towards excellence in their roles as educators.

Eighteen percent of the national budget has been dedicated to education. These efforts from the Cambodian government have been met with great success. As of 2015, 98 percent of school-age age were enrolled in some form of school. Female students comprised 48 percent of this statistic. In the last decade, almost 1,000 schools have been built and school resources have been significantly expanded.

While education in Cambodia has enjoyed great success, the country still has many areas they need to improve. The student-to-teacher ratio is very high compared to other nearby countries, and teachers are not paid enough to support themselves. Forty-seven percent of third-grade students are unable to read at a third-grade level, and the overall illiteracy rate is incredibly high.

With the government’s resurgence in attention towards the education system, education in Cambodia has flourished in the past decade. While there are many aspects that still need work, the country is on the right track and will be rewarded with improvements in the economy and reduced poverty levels as a result of a strengthened education program.