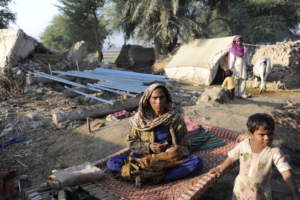 Pakistan is located in South Asia and controls part of Kashmir. The nation was first founded in 1947 during the partition of India, leading to lasting tensions between the two countries. Due to an ethnic civil war in 1971, East Pakistan became the country of Bangladesh. Today, Pakistan is one of the most populated countries worldwide. It has a robust reputation, as well as cultural and religious history. The nation relies on many natural resources for economic growth. These include minerals and oils, as well as traditional textiles that are known worldwide. Even with natural resources, there is rising homelessness in the country. Here are seven realities of homelessness in Pakistan.

7 Realities of Homelessness in Pakistan

Even with an abundance of natural resources, Pakistan still suffers from a large homeless population. The country is working to better their living standards. Natural disasters and the poverty index are key to understanding the factors involved in the displacement of families living in poverty. These seven realities of homelessness in Pakistan bring context to the issue. They also highlight where the country and organizations are putting forth efforts for change.