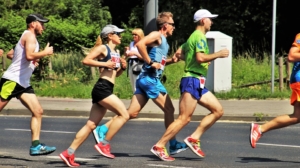 For runners (or aspiring runners) who hope to combat global injustices while running, the following annual runs against global poverty are an easy way to combine physical and humanitarian passions. Some occur across the United States, while others are international, bringing together participants thousands of miles apart. Starting with a race in which runners run with the recipients of their donations, this list concludes with an extremely long race for those who don’t want to train for one. Here are seven annual races against global poverty.

These annual races against global poverty are in the United States, but there are countless races around the world. They are all a great way to combine fitness and poverty reduction and runners can raise much more for the organization by pushing themselves in their fundraising.

Growing Together: Agri-tech innovations in AfricaWowowee and Pity Poverty on Television
Scroll to top