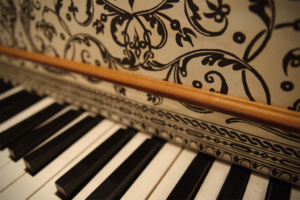 Music is an integral part of society as almost every single culture from indigenous tribes to developed societies have some sort of music that binds people together. Today’s musicians are icons in popular culture and while some had an easy path to stardom, others had to walk on a rocky one. These are five musicians who dealt with poverty.

5 Musicians Who Dealt With Poverty

Music is emblematic of both the artist and culture it comes from. These five musicians who dealt with poverty are prime examples of musicians who did not receive the greatest hand in life but achieved unimaginable feats with dedication. Music creates a bond between people that may otherwise polarize themselves from each other, for as Billy Joel once said, “…music in itself is healing. It’s an explosive expression of humanity. It’s something we are all touched by. No matter what culture we’re from, everyone loves music.”