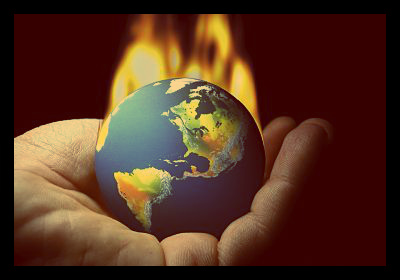 A growing movement is spreading throughout the international community in regards to addressing the prevalence of climate change. Accordingly, thousands of organizations on a global scale have mobilized to spread awareness, understand key issues and articulate solutions.

In the United States alone, there are a plethora of organizations that have been able to make strides in addressing the issue. Here is a list of 5 prominent environmental organizations that are fighting climate change and reaching success.

1. 350.org: The influential global movement headed by author Bill McKibben works across nearly 200 countries. Much of their work specifically targets carbon emissions as the number 350 itself refers to the amount of atmospheric carbon (in parts per million) needed for a stable climate.

Currently, the number is nearly at 400 parts per million, which is quite overwhelming. In order to reduce the number on an international scale, 350 works on campaigns widely ranging from stopping the Keystone XL pipeline in the United States to fighting the development of coal power plants in India.

CCAN works at the grassroots level to spread awareness, introduce the general public into the political process and influence environmental legislation. More recently, their work has been focusing on making use of Virginia’s vast renewable energy potential in offshore wind and solar energy.

3. Sierra Club: As one of the oldest, largest and influential environmental organizations in the United States, the Sierra Club has been focusing on various environmental issues for the past century. They now have 64 local chapters nationwide, a network of 2.1 million supporters and an extremely dedicated team of individuals.

In the past, The Sierra Club was influential in the implementation of the Clean Air Act, Clean Water Act and Endangered Species Act. Currently, they are focused on leading the world towards a clean energy economy and away from the heavy reliance on the fossil fuel industry.

4. Climate Reality Project: Both founded and chaired by Al Gore, the former Vice President and Nobel Laureate has led a growing global network of over 5 million individuals. The Climate Reality Project focuses heavily on spreading awareness by introducing the international scientific consensus on climate change to the general public.

Some of their promising initiatives are centered on revealing the truth behind the climate denial movement, providing information on the costs of carbon pollution and training climate reality leaders to have the skills to mobilize communities for action.

The combined efforts of students across America have been successful in organizing national Power Shift Summits and campaigns to stop the development of the Keystone XL pipeline.

However, one of their prominent successes is embedded within their commitment to establishing carbon neutral college campuses. Ultimately, the Energy Action Coalition has been able to solidify almost 700 campus commitments to carbon neutrality up to 2012.