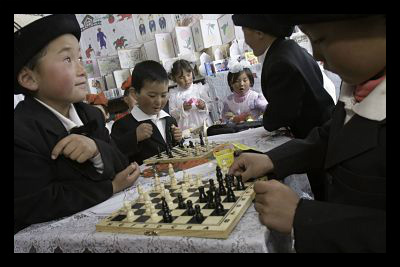 Kyrgyzstan has been transitioning into its own government after the rule of the Soviet Union, which ended in 1991. Throughout the 1990s, Kyrgyzstan struggled economically due to a decline in production output after the termination of its reliance on the USSR’s industrial regulations.

The enrollment in Kyrgyzstan’s pre-primary schools is 10 percent; 87 percent for primary schools, 80 percent for secondary schools and 37 percent for tertiary schools. Throughout the past five years, these numbers have decreased. It is possible that this is due to the 2007 decree that a school uniform is mandatory for all students. Many families are unable to afford this uniform.

There is not a significant gender gap in education. There is, however, a gap in urban versus rural access to education. For secondary school, there are 6 percent fewer children attending in rural areas than in urban areas.

In 2006, Kyrgyzstan scored 57 out of 57 countries for educational performance in reading, mathematics and science.

The student to teacher ration in Kyrgyzstan is one student to 24 teachers. In addition, teachers are paid less than 40 percent of the average national earnings.

Although Kyrgyzstan has been reforming its education — such as a $12.7 million grant to improve preschools — the country has many reforms left to be made in order to improve the quality of education offered to its citizens.