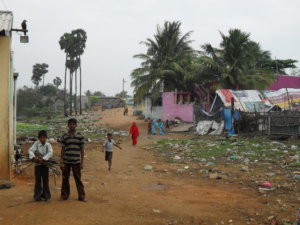 The 2019 elections in India represent the largest displays of democracy around the world. Because of the number of eligible constituents, more than seven phases of the election took place throughout the country. The same rules that apply in America apply in India; you have to be at least 18 years old and register to vote. The casting of votes ended on May 19, and the counted votes were revealed on May 23.

There were two primary candidates in the running for the elections. Prime Minister Narendra Modi, who won the 2014 elections, ran as part of the Bharatiya Janata Party (BJP). The opposing candidate was Rahul Gandhi, a member of the Congress Party.

“Together with All, Progress for All” was Narendra Modi’s campaign slogan for the 2019 elections in India. But, what does this statement mean for the country as a whole? India is one of the poorest countries in the world, even though its economy is rapidly growing. According to Forbes, “The GDP per capita of Delhi, the National Capital Territory with a population of 20-25 million, is roughly equal to that of Indonesia at around $4,000.” Although some provinces come in even lower.

The wealthiest territory in India is Delhi, and the poorest states are Bihar and Uttar. The disparity is so great that Delhi’s GDP per capita is over four times that of each of the poorest states in India. So, what does Modi plan to do with such variety within one nation? He plans on reducing internal trade barriers between states and constructing a highway that would connect most of the country.

Modi also plans to continue the reform of the Goods and Services Tax (GST) that was implemented to reduce complications between different state taxes. The goal of the GST is to level the playing field for businesses, bringing about a common rule of taxation.

Reducing the internal trader barrier, implementing the construction of a national highway and continuing the reform of the GST will all help move India toward a reduction in national poverty. Uniting a scattered and diverse country through general taxation and a major roadway could help diminish chaos and confusion.

Rahul Gandhi is part of the National Congress Party and has spent much of his life in politics. The Congress Party’s slogan for the 2019 elections in India was, “Now, There will be Justice.” Gandhi claimed that, if elected, he could assure the people of India “truth, freedom, dignity, self-respect, and prosperity for our people.” Gandhi believes the injustice that ruled during Modi’s previous regime has left the countryside of India scattered and depraved.

He his plan was to create job sustainability throughout the country by deferring application fees for government jobs and other work. He also hoped to bring growth to the manufactoring businesses and to encourage people to take up entrepreneur endeavors through the Enterprise Support Agency.

Furthermore, Gandhi planned to push for incentives for businesses to hire women and broaden diversity among the workplace. He wanted to abolish the law that states women are unable to work night shifts and to reinstate the Equal Remuneration Act of 1976, which demanded men and women have equal pay.

The votes for the 2019 elections in Indian were counted on May 23. The nation reelected Modi who must continue to address the issue of regional disparity between states. If the government focuses on unifying its nation and bringing the people to one comprehensive understanding of law and regulation, India’s economic gain could be substantial.