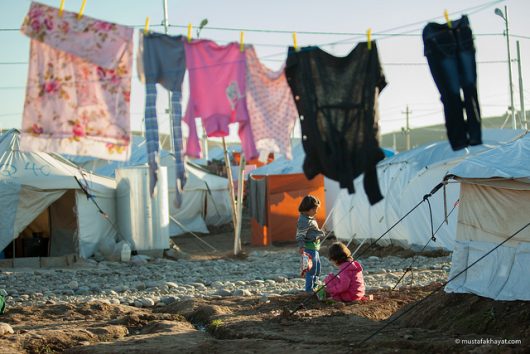 The Syrian refugee facts are startling. In the past few decades, there has been an enormous influx of migrants and refugees into the Mediterranean countries and other Western European countries due to numerous conflicts. Recently, the plight of Syrian refugees has captured the world’s attention.

The Syrian conflict began in March of 2011, when pro-democracy protests broke out in the streets. These protests were against the regime of the Syrian government and President Bashar al-Assad.

When supporters of the President and rebel groups began fighting each other, the protest evolved into a full-out civil war. By August of 2015, an estimated 250,000 people had died due to the violence.

Many Syrian refugees suffer from the low quality of life and lack of resources in refugee camps. However, many countries and international groups around the world have worked hard to ameliorate the living conditions for these individuals.

Organizations such as the Karam Foundation and Project Amal ou Salaam focus on raising funds and providing programs or educational resources for children. Other groups, like Sunrise USA and Islamic Relief USA, work on getting necessities like food, clothing, trauma-care facilities and more.

The Syrian War Crimes Accountability Act of 2015 (S.756) has passed the Senate and is under consideration in the House. This bill would call on the President to support efforts in Syria and force the Department of State to make Congress aware of various war crimes.

Efforts like this have increased awareness and accountability of the Syrian conflict. These actions ensure a quicker end to the violence and a hasty return home for Syrian refugees all over the world.

Poverty in Russia: Unemployment is Low, but Poverty Remains High 10 Facts About Refugees in Libya
Scroll to top