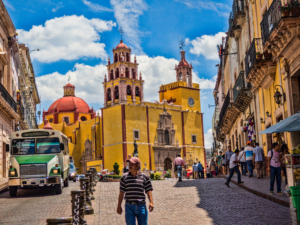 Human trafficking is defined as the recruitment, transportation, or transfer of humans using any form of threat for the purpose of exploitation. Exploitation could mean prostitution, forced labor or practices similar to slavery and servitude. In 2018, it was determined that the government of Mexico was not meeting the minimum standards for eliminating human trafficking. While Mexico is making strides in the number of prosecutions made and the amount of support given to victims, in 2018 the government obtained fewer convictions than in previous years, identified fewer victims, provided more limited services to victims and maintained a disproportionately low amount of shelters compared to its magnitude of the human trafficking industry. The following 10 facts about human trafficking in Mexico provide further insight into its expansive presence in the country.

10 Facts About Human Trafficking in Mexico

It is believed that the number of victims of human trafficking in Mexico would decrease with strengthened law enforcement, acknowledgment of the expansivity of the problem and additional training for victim identification.