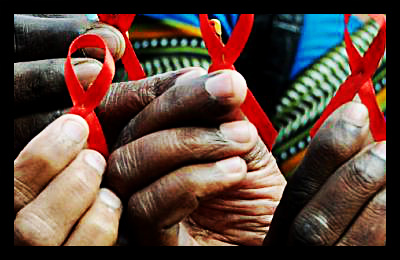 Human immunodeficiency virus, and its later, more severe stage, acquired immune deficiency syndrome (HIV/AIDS) is a virus that affects people all over the world. HIV/AIDS is especially prominent in Africa, where many people are not educated on how to prevent spreading  the illness, and even more do not have access to treatment. Here are 10 facts about HIV/AIDS in Africa:

2. 23 percent of children infected with HIV/AIDS are being treated.

3. 17 million Africans have died of AIDS since the virus was discovered.

4. There are 25 million Africans living with with the HIV virus.

5. 13 million African children are orphans because of HIV/AIDS.

6. 67 percent of people infected with HIV live in sub-Saharan Africa

7. 90 percent of children with HIV (about 2 million) live in sub-Saharan Africa.

8. Only 11 percent of pregnant HIV-positive women in sub-Saharan Africa receive treatment to prevent spreading the virus to their child.

9. HIV/AIDS is the cause of about 1 million deaths in Africa every year.

10. HIV/AIDS has caused the life-expectancy in sub-Saharan Africa to drop to 54.4 years and, in some countries, less than 49 years.

Although these statistics seem disheartening, there has been vast progress in treating and preventing the virus in Africa. More and more people are gaining access to contraceptives and antiviral drugs due to international aid. The end of HIV/AIDS may be a difficult goal to achieve, but every year the number of people dying from the HIV/AIDS decreases, leading the world one step closer to completely eradicating the virus.