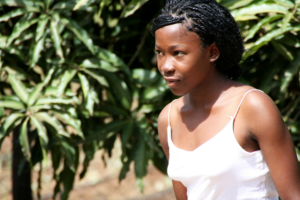 Part of the problem is that African Union member states centered discussion about this issue around the idea that pregnancy outside of marriage is wrong. These opinions stem from broad interpretations of religious teachings. The view is that if they allow pregnant schoolgirls the opportunity to continue their education, it would normalize pregnancy outside of marriage.

Causes and Consequences of Adolescent Pregnancy

While many use the morality argument to stigmatize pregnant schoolgirls, many factors are outside of these girls’ control. In Africa, the main causes of adolescent pregnancy are sexual abuse, sexual exploitation, poverty and lack of information about reproduction and sexuality. Other main causes are lack of access to birth control and family planning services. Child marriages also play a large role in adolescent pregnancies in Africa. Approximately 38% of girls are married before the age of 18 and 12% are married before age 15 in sub-Saharan Africa.

There are many benefits of countries making it illegal for schools to expel pregnant schoolgirls. For starters, education leads to a reduction in poverty. A girl’s future earning potential can increase by up to 25% from only one year of secondary education. On a larger scale, the average gross domestic product of a nation rises by 0.3% when that nation’s female education rate rises by one percentage point.

Educated women tend to have children who are healthier and more educated than children with uneducated mothers. A child is 50% more likely to survive past age five if they are born to a mother that can read. A research found that a child’s life expectancy increases by an average of 0.32 years for every year their mother goes to school. Women who received a quality education were “more than twice as likely to send their children to school.” Therefore, providing women with education has the potential to create a cycle of adolescent education. The education of women can also lead to a reduction in domestic violence. There are connections between fewer years of education and higher risks of intimate partner violence. When women are more aware of their risks and rights, it is easier for women to keep themselves safe.

Due to COVID-19, concerns over the effect of school closures on sexual abuse and unwanted pregnancies have increased. As a result, officials in Zimbabwe have made it illegal for schools to expel pregnant schoolgirls. The goal of the legal amendment is to reinforce a 1999 guideline. A guideline that did not sufficiently protect girls’ right to an education. This amendment is arguably overdue since 12.5% of Zimbabwe approximate 57,500 school dropouts were due to pregnancy or marriage reasons in 2018. Women’s rights campaigners have stated that they believe this measure is vital for tackling gender inequality in the classroom. In addition, it will stop many girls from deciding to drop out of school.

Hopefully, Zimbabwe’s overdue amendment will influence other African countries to protect women’s right to an education and make it illegal for schools to expel pregnant schoolgirls.