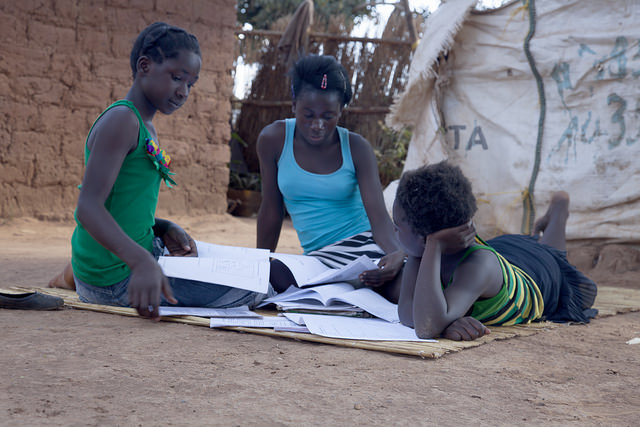 Several legislative initiatives are building rungs in the socioeconomic ladder to improve women’s empowerment in Botswana. The nation currently ranks 95th out of 188 countries in the United Nations Development Programme Gender Inequality Index report. Ranking in the 21st percentile is not ideal, but conditions are ostensibly better; in 2015, Botswana ranked 108th.

The Gender Affairs Department has sanctioned programs dedicated to the coordination and development of gender equality throughout the republic. The Women’s Economic Empowerment Programme and the Women’s Grant are two such examples. These agendas provide seed money for women’s groups to help jumpstart women-led small business projects.

The presence of women in the business sector and in leadership positions is important, especially when it comes to women’s empowerment in Botswana. “When women are empowered and can earn an income, they invest back into their families and communities [statistically more than men]. This drives hunger, poverty and malnutrition down and improves standards of health, education and well-being, which is good for all of us,” says Michelle Bachelet, the U.N. Women executive director. Women in businesses and leadership positions have profound social and global implications.

The National Policy on Gender and Development was approved by the Botswanan government in March 2015. This policy is designed to address the social inequities that still survive economically and socially. Priority areas include poverty prevention and economic development, social protection, the promotion of democracy, freedom from violence and the protection of vulnerable groups. The recognition of gender equality and legal involvement is important because it lends credence to the cause and serves to empower women in Botswana.

Botswana’s Vision 2036, underscored by their slogan “prosperity for all”, is a legislative movement aimed at developing the republic economically, socially and administratively. The vision is designed to complement Africa’s Agenda 2063, a socioeconomic-focused initiative. “Botswana will be a society where all men and women have equal opportunity to actively participate in the economic, social, cultural and political development,” the Vision 2036 declaration explains. Gender equality is central to the success of its overall goal of putting Botswana on the economic map.

Remarking on the UNiTE campaign to end violence against women and the National Gender-Based Violence Strategy 2015-2020, Vice President Mokgweettsi E. Masisi highlights Botswana’s commitment to “achieving gender equality and empowering women and girls, and all other goals that intend to improve the dignity and the status of women,” at the 2015 Global Leaders’ Meeting on Gender Equality and Women’s Empowerment in Botswana.