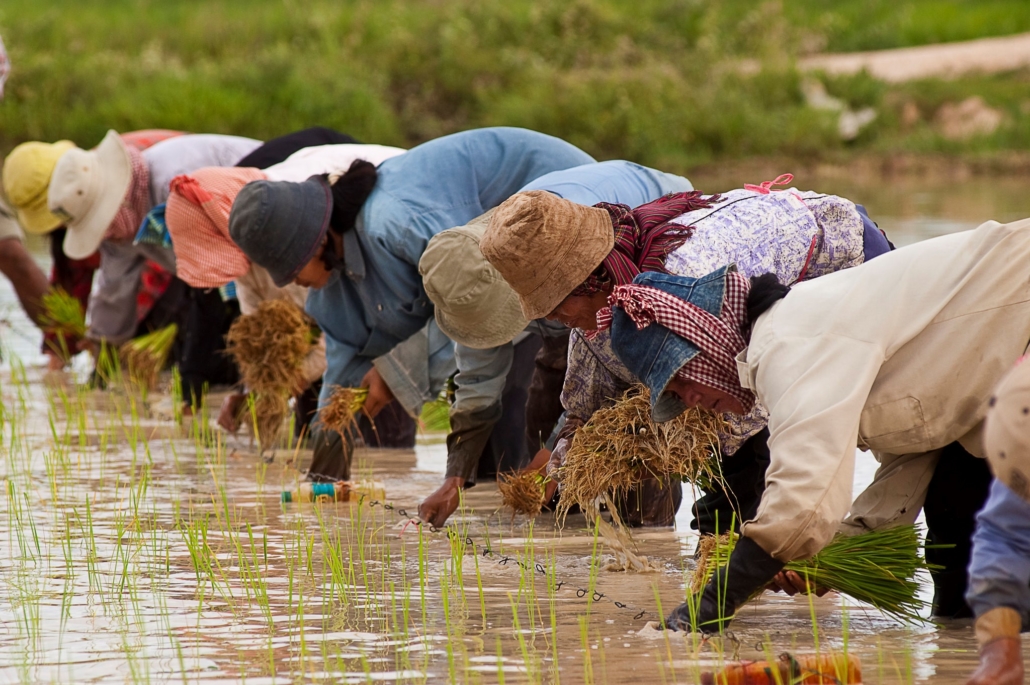 Cambodia is a Southeastern Asian country bordering Laos and Thailand with a population of over 16 million. The people of Cambodia have struggled in recovering from immense losses caused by the rule of the Khmer Rouge government from 1975-1979. Despite its challenges, Cambodia has made incredible strides in decreasing poverty rates and enhancing its economy. From 2007-2014, the percentage of the population living under the national poverty line decreased by 34.3%. Despite the country’s successes, the people of Cambodia realize they must unite and put in their best efforts to achieve national prosperity. Behind the scenes, remarkable women leaders in Cambodia are continuing their country’s fight against poverty.

Rural areas in Cambodia account for the majority of populations living in the highest rates of poverty. One of these areas is near the Mekong River in Rogniev Island, where two long-time friends and neighbors are making a difference in their community. In 2019, Chris, an Oxfam America member, interviewed the two women – Tep Srey Neang and Khong Sokin. Srey Neang leads a youth group with the primary goal of promoting efficient utilization of her community’s limited natural resources. By supporting decent management of their resources, the farming and fishing industry in her neighboring areas will greatly improve. With success, Neang and her group can boost the socioeconomic status of families and the agriculture industry of the rural areas surrounding the Mekong River.

Khong Sokin has worked closely with Oxfam America, a nonprofit organization with the goal of alleviating global poverty. Together, they have aided women in Sokin’s surrounding areas by providing educational sessions on cultivation and agriculture. Sokin is aware agricultural knowledge is valuable for Cambodia’s economy and for the prosperity of their future generations. Furthermore, Oxfam and Sokin have empowered the women of their community to find their voices and to speak out, and the men are listening. Members of the community have recognized they could not fully thrive without supporting their women as well. This inclusivity has led to a female holding the position of the village assistant chief and four other female members on the community fishery committee. Srey Neang and Khong Sokin are just two fine examples of women leaders in Cambodia cultivating the future for their country.

In the Battambang and Siem Reap provinces in Cambodia, there is a women-led organization supporting the most impoverished, vulnerable women across five rural districts. The program received support from the UN Women’s Fund for Gender Equality and started in 2016. The local NGO offers valuable training sessions for women to gain skills in agricultural techniques. For example, members have learned how to use non-chemical fertilizers, raise chickens and pigs, properly grow vegetables and use other farming techniques. As of 2017, out of the 100 women that have worked with the organization, about a third increased their incomes by 50%. In addition to personal financial benefits, the organization is empowering and supporting women, which promotes Cambodia’s resources and enhances the country’s economy.

Expanding outside of the farming sphere, Vannary San is a Cambodian fashion designer and the founder of the company Lotus Silk. After the Khmer Rouge, the culture’s fine silk industry was almost entirely destroyed. Vannary has worked towards reintroducing and promoting Cambodia’s silk, while also supporting impoverished communities in Cambodia. In every single step of production, Vannary ensures to support the most marginalized women of Cambodia. She supports rural Cambodian silk farmers by utilizing their silk for her clothing production. Vannary is committed to employing only impoverished Cambodian women and provides benefits, accommodations, decent working hours and safe working conditions. In addition, Vannary offers internships for local college students and encourages student members of Global Children Cambodia to apply for jobs with her company. Vannary San has single-handedly revived Cambodia’s silk culture and has inspired others to become women leaders in Cambodia through her preservation and entrepreneurship.

These are only a few stories of the amazing work several women in Cambodia are accomplishing. It is important to celebrate these stories and to acknowledge that there are people quietly working in the background to help others. Cambodia has faced major turmoil and devastation, but these women provide hope and inspiration for the country’s future. Not only are they fighting poverty and improving the economy, but they are also empowering people to join women leaders in Cambodia.