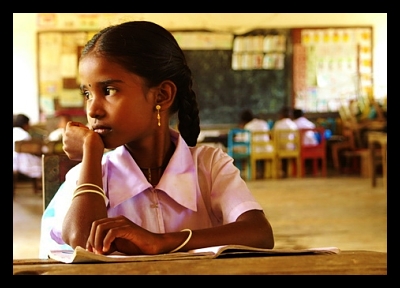 A common thought among sociologists dealing with poverty is that “wealthier is healthier”; however, a study of subjects in India by sociologists  at Cambridge University in the UK indicates that literacy, rather than money, may be more crucially linked to health and wellbeing.

This correlation suggests that health may be one important result of the opportunities and understanding that literacy opens to the literate. Illiterate citizens in India may have trouble understanding medical labeling, accessing healthcare, or engaging in public health programs.  Literate citizens, by contrast, are able to access information more easily, and make more informed decisions.

This study comes on the heels of a recent increase in coerced sterilization of women in India, a increase which appears to be the result of policies targeted at the uneducated and illiterate. Government employees are hired to convince women in impoverished communities to received sterilizations, sometimes without full knowledge of the procedure’s consequences.  Oftentimes the women agree to be sterilized for a payment of $10, the equivalent of one week’s pay. This money comes directly from the government, which has also given doctors monetary incentives and mandatory quotas for sterilizations.  India currently performs 37% of the world’s female sterilizations (4.6 million last year alone). These are often carried out on illiterate women.

Despite this drastic measure to decrease the population, the Indian government has missed every one of its goals to curb India’s increase in population. India’s population is set to eclipse China’s by 2021.

While sterilization seems a coldly practical solution to the problem of overpopulation in India, education and literacy could empower women to make responsible preventative decisions. This knowledge could then passed down from generation to generation, creating a lasting effect on the populace.

As this recent study suggests, by educating the poor rather than sterilizing them, the Indian government could increase the wellbeing of its populace and decrease population at the same time.