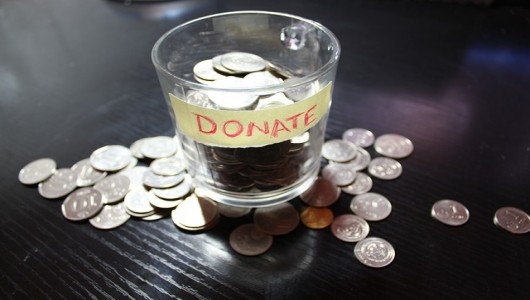 Sometimes it seems that every single non-profit and charity organization is after our money. Whether through sales calls, emails, social media campaigns, most people cannot go a single a day without a request for money or mobilization. Out of frustration and plain confusion many people may just call it quits and drop any efforts of giving to avoid creating a domino effect. However, there are six simple ways of easing the overwhelming feeling and encouraging people to give more. Peter Singer’s The Life You Can Save book and campaign discusses this very topic in hopes of creating excitement around donating time and money.

With numbers of those living in poverty falling between one to three billion people, it’s hard to focus in on one victim that a donor’s money would benefit. Many organizations work in different areas and reach out to hundreds and thousands of people. To create a narrow scope, it is more effective to use case studies and personal stories of individuals that have benefited from the donations or will in the future. For example, the microloan organization kiva lists individuals, their stories, and the exact monetary aid they require.

It’s the mob mentality at its finest… or worst in this case. In terms of money, people don’t want to be the only ones whose bank accounts diminish (quite dramatic of a worry, especially in the case of your average donor who stays below the 3-digit limit). Regardless, they’ll be more willing to give if they know others are as well. And when referring to others, it doesn’t mean reading headlines or watching videos of celebrities and other millionaires donating. Donors need to see people from their socio-economic levels, or below, opening up their wallets despite the economy, and giving.

“It hits close to home” is a common explanation many use as to why they donate to one cause and not another. A valid explanation but this should not limit the geographical scope of where a donor’s money goes to. Using tools such as videos or even bringing donors and donees together, if feasible, is something that will create a stronger human-to-human connection, regardless of where each of them are from.

People love it. They want it. Songs have been written about it by Jay-Z and ABBA alike. But when it comes to actually using the word to ask for donations, it’s definitely not a fan favorite. Instead, try asking for time or support that can be given in other ways before asking for money. The key is to show that a difference can be made and that the organization isn’t just looking for financial help (although at some point it will need it).

Same with the idea of fairness and the ‘mob mentality,’  its important to illustrate that everyone can and should do their part in whatever way fits their lifestyle. Be careful to not guilt trip a person if a certain method or route is not their choice but be sure to touch on the more positive notion that humans have a responsibility and the privilege of helping those less fortunate.

Certain organizations or programs may not reach a lot of individuals but perhaps solve the problems of a group in a higher percentage. For example, while it only helps 50 people, an organization may help 48 out of those 50, a higher proportion than an organization that can only help 150 out of 12,000. Zoom in on these percentages and use them as a selling point to show how effective an organization can be. Who knows, they may give more time and money this way.