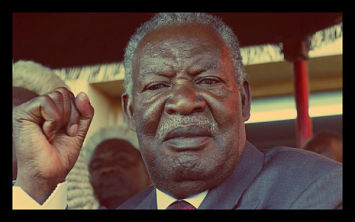 President Michael Sata’s parallel intelligence system is moving to block the social networks Facebook and Twitter after realizing that stories on the blocked websites, Zambian Watchdog and Zambia Reports, are now filtering through the two social media sites for public view.

Regular access to Zambian Watchdog and Zambia Reports for the domestic market was blocked earlier this month. Both sites were blocked after deciding to activate their Facebook pages and making public the stories that President Sata did not want Zambians to have access to. Some locals are still able to access the sites through advanced devices or proxy websites.

A team independent of the Zambian government, including Chungu, the mastermind behind the trusted intelligence system Zamtrop, traveled to Russia last week for a “consultation” on the possibilities of blocking Facebook and Twitter.

President Sata is reportedly very angry that the critical stories are now all over the highly popular social media sites. The stories are gaining a following that could potentially threaten his hold on power. In addition, the blocking of Zambian Watchdog and Zambian Reports is reportedly being used as a pilot project to block all social media sites during the 2016 presidential and parliamentary elections.

The plan is expected to be in full swing during the 2016 general elections. Mobile communication and radio signal will be used to facilitate the installation of President Sata or his General Secretary Wynter Kabimba back into office by falsified elections.

Intelligence sources are equally frustrated that they are being forced to carry out excessive monitoring of citizens as well as breaching the fundamental human right of free speech. There is total disagreement within the ranks with regards to the ongoing assault on the media, and those that have questioned the development are facing possible firing. The intelligence officers who spoke up anonymously are warning citizens that they should brace for tough times ahead because the cooperation between Sata and Zimbabwe’s leader Robert Mugabe is unhealthy for the country.

What if the Royal Baby was Born in Afghanistan? Top 10 International Poverty Statistics
Scroll to top