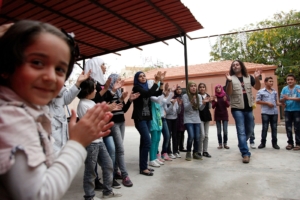 Lebanon is facing a crippling economic crisis that forced more than three-quarters of its population into poverty, and the latest manifestation of this is its wheat crisis. Following the 2020 Beirut explosion, the country lacks any national reserves and relies on foreign imports for wheat. Before the conflict in Ukraine, the country imported approximately 80% of its wheat from Russia and Ukraine. Lebanon is currently struggling to find new markets that satisfy its wheat demand, given its low purchasing power amid the pandemic inflation.

Ever since the start of the war in Ukraine, Russia has blocked all Ukrainian grain exports via the black sea, resulting in a hefty surge in bread prices in Lebanon. Although Ukraine and Russia, through negotiations facilitated by the U.N., have signed an agreement expressing intent to restart grain exports, the deal’s legitimacy is in question as Russia attacked the Ukrainian port city of Odesa less than 24 hours following the initiation of the agreement. In fact, the offense pushed grain prices even higher.

According to the Lebanon Crisis Analytics Team at Mercy Corps, the price of wheat flour has increased by 209% since the beginning of the Russian invasion. The annual food and beverage inflation, which rose to a staggering 332% in June, exacerbates this. As of today, 22% of Lebanese households are food insecure.

Lebanon has already received a $150 million loan from the World Bank to fund immediate wheat imports to provide poor and vulnerable households and other displaced populations with affordable food options. Lebanon’s Minister of Economy and Trade, Amin Salam, projects that the loan will cover food supplies for six to nine months. As the global price of wheat has been decreasing, Salam believes that the loan will most likely last for eight months. During this timeframe, Salam seeks to receive an additional $3 billion loan from the International Monetary Fund (IMF) as part of a promised package of support pending approval.

In addition to importing food, Lebanon also plans to build two new grain silos, which will cost approximately $100 million. According to Salam, several countries have already expressed interest in supporting the project, including Germany, the United States, France, the United Arab Emirates and Qatar.

The project received official approval following the technical feasibility study that the European Bank for Reconstruction and Development conducted. The current plan is to construct two grain silos north of Beirut in the Tripoli Port and the eastern Bekaa Valley. The new silos will be fully operational in around a year and will hold approximately 125,000 tons of grain, equivalent to nine months of reserves.

Building the new grain silos is a significant step forward for Lebanon’s crisis management. In addition to easing the pressure of wheat imports, which are expensive and at times slow, the silos also point to the beginnings of more organized economic planning, which might well lift the country out of its economic collapse.