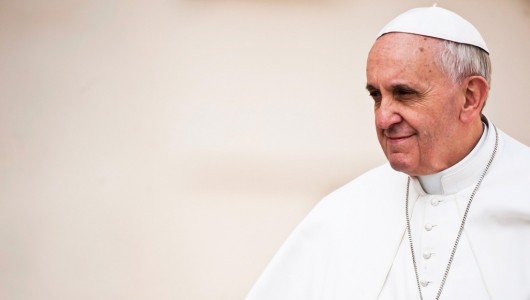 In June, Pope Francis aligned himself with mainstream science by accepting the truth of climate change. With the release of his 184 page encyclical that calls for immediate action on climate change, Francis has added a moral scope to the biggest problem that humanity has ever encountered.

In it, Francis cites the mindless drive toward monetary gain and economical shortsightedness as the main reasons humanity is this situation today.

While environmentalists around the world applaud the encyclical as a much needed call to action by country and individual alike, the encyclical also revealed who would be impacted the most by climate change: the poor.

Francis says the poorest have been left in the wake of consumerist ambitions of the richest nations. They are being displaced and disregarded.

He also implores that the countries mainly responsible for the climate crisis have an obligation to help the poorest countries.

Numerous studies back the words of Francis’s encyclical. In 2014, the U.N. Climate Panel released a report that found that global climate change, while affecting everyone, would affect poorer countries more and threaten human security.

The report notes the risk climate change presents to agriculture. As some regions become dryer and hotter, food yields will suffer. In an interview with The Guardian in 2014, Princeton Professor Michael Oppenheimer said that even now, the poorest countries are already struggling to adapt their agriculture methods. If climate change is left unchecked, the lack of food will result in higher prices and competition, thus causing violence and the destabilization of poor regions.

Impoverished countries also face heightened potential for natural disasters. Natural disasters are indeed, natural, and every country is at risk for them. However, the wealth of a country plays a pivotal role in how they are responded to.

When a natural disaster goes through an impoverished region, aid response is significantly slower. More people will end up dying from malnutrition and dehydration than from the actual disaster.

Maarten van Aalst, who directs the Red Cross Climate Center and co-authored the report, said that from 2000 to 2009, the number of natural disasters tripled compared to the same period in the 1980s.

This rise is attributed to climate change.

The poorest countries were already at a disadvantage. With climate change, those same countries may have a harder time climbing out of poverty.

Professors Francis Moore and Delavane Diaz out of Stanford published a study earlier this year noting the relationship between poverty and heat.

Moore and Diaz note that climate change will lower per-capita GDP in poor regions from 3.2 to 2.6%, making it harder to grow economically. This directly supports the findings in the U.N. report.

With his encyclical, Pope Francis has not so subtly nudged the developed world to action on the environmental crisis. In doing so, extreme poverty may also be confronted as well.