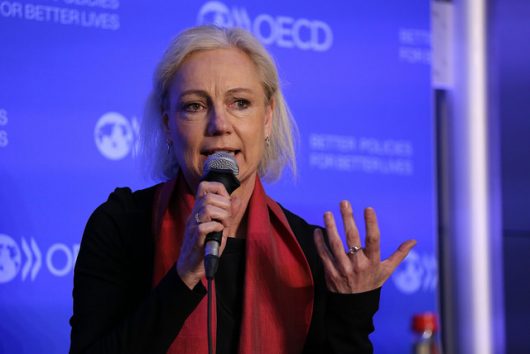 These projects target sustainable economic growth in countries who seek the committee’s aid. It also monitors how members of the committee and the OECD use development aid. The Development Assistance Committee is made up of 30 member nations, as opposed to the OECD’s 35 members.

Member nations foster development in areas that are important to their national agendas. For example, Canada, which is a member of the DAC, will focus its foreign aid towards girls’ and women’s rights over the next five years. Denmark, another member nation, will be spending much of its aid in combating the refugee crisis.

This is not the only difference between member nations. Because there is no legally binding agreement holding a nation to the amount of money it must spend each year, there is a wide range in the percentage of assistance money spent. The DAC uses a percentage of a nation’s gross national income.

In 2014, Sweden, Luxembourg, Norway and Denmark all donated more than 0.07 percent of their GNI, a target set in 1974 by the DAC. Germany spent 0.04 percent of its GNI on foreign aid and South Korea spent just 0.01 percent.

The OECD agenda is mostly economic. They focus on economic stability within nations. Currently, it is focusing on re-establishing confidence in markets, promoting public financing as a strong driver of economic growth, developing green strategies for economic growth and ensuring job growth and security for people of all ages.

In 2016, saw the appointment of a new chair of the DAC, Petri Gornitzka, who was the former head of the Swedish Foreign Aid Agency. Gornitzka is pushing for reform within the DAC and she hopes to bring smaller member nations into the fold when making decisions about future projects and funding. She also plans to make the private sector a more viable partner.

In the 2016 DAC Global Plan, the DAC also states that it wants to survey nations who receive aid linked to the DAC on what can be improved. The DAC also plans to bring the smaller donors into the fold by helping them improve the effectiveness of their aid. This is also one of the incentives that the DAC boast to countries who wish to become members.

The last members who joined the committee were Iceland, the Czech Republic, the Slovak Republic, Poland and Slovenia in 2013 and Hungary in 2016. The European Union has made it a goal of all member nations to work towards joining the DAC.

Although the DAC does not do much direct work, its work behind the scenes promoting cooperation greatly benefits the world. The continued growth of the organization will also benefit the world.