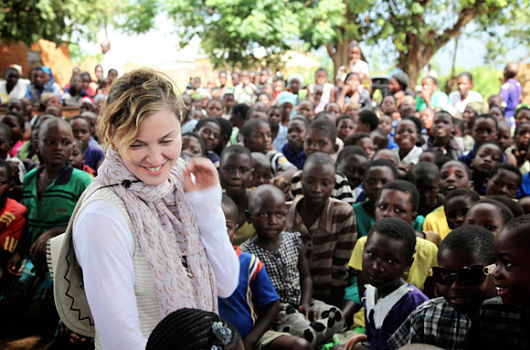 In 1899, Rudyard Kipling published “The White Man’s Burden,” a poem that seemingly outlines the necessity for White help to countries that were not, in his eyes, as far along as those in Europe.

Although what initially spawned was colonialism—wherein the African continent was forced to be subject to European powers while living under deplorable conditions—the White Man’s Burden turned into something more: a white savior complex, the need to rescue people of color from what is assumed to be a horrid status.

Many have viewed Western celeb aid to developing countries as just that.

Since movie stars were famous, it has been a commonality for successful stars to go to Africa and Asia to ‘help’ the children and countries. Many see this as a win-win for the celebrities—they get a tax write-off for donating money, they get good press and they ease their conscience.

Celebrities in these countries also affect those in America. When people click on pictures showing celebs like Bono, Madonna and Audrey Hepburn, they admire their charity and the things they are doing.

However, when Americans see these faces among black and brown children in poverty, it can stimulate a savior complex. Although Kipling’s poem influenced the white man’s complex, it has turned into a Western savior complex.

Americans are no strangers to the ‘Africa the country’ phenomenon. Many assume most of Africa is an underdeveloped jungle full of natives who need help. When media only shows the parts of Africa that are in trouble coupled with the infrequency to learning about it in school, many Americans feel the need to save them from themselves and their conditions.

While this condescending attitude may seem harmless on a small scale, it is dangerous on a national scale.

When politicians are discussing sending aid and support, it is often times not done properly, sometimes worsening the situation. Earlier this summer, Pastor Rick Warren urged the Senate to have a different type of attitude towards those stuck in extreme poverty.

By changing the narrative and the education, aid can be properly and respectfully given to countries in Africa, developing mutually beneficial relationships between the U.S. and the East.