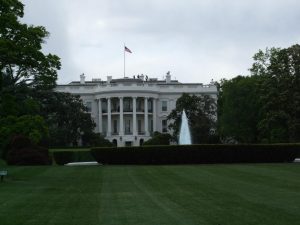 Congressional Interpretation
Articles 1.2 & 1.3 of the Constitution grant powers to the House of Representatives and the Senate, respectively, to issues articles of impeachment. Congress has the ability to interpret the evidence and collectively decide if impeachment proceedings are necessary.

“The only honest answer is that an impeachable offense is whatever a majority of the House of Representatives considers it to be at a given time in history; conviction results from whatever offense or offenses two-thirds of the body considers to be sufficiently serious to require removal of the accused from office…” said Congressman Gerald Ford in 1970.
The last time this occurred was the attempted impeachment of John Tyler in 1842. He vetoed a bill and angered lawmakers who then attempted impeachment as retribution. The attempt failed.

An Indictable Crime
The second view is based on the interpretation that Article 2.4 relates to an indictable crime that must be present. Article 3.2 section 3 confirms the idea that the Constitution views impeachment as a criminal offense and “the trial of all crimes, except in cases of impeachment, shall be by a jury.”

Misdemeanor
The third perspective is what many legal scholars deem the most applicable. The perspective is that when exploring ways to impeach, only a misdemeanor offense is necessary to initiate proceedings. The original wording of Article 2.4 was “treason, bribery, or corruption.”

Relating to the President’s Official Duties
The last interpretation states that no indictable crime needs to be present. The impeachable offense can be a “bad act or may not be a crime but it would be more serious than simple maladministration.”