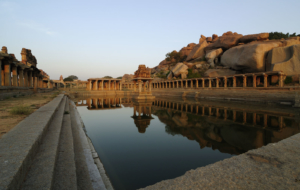 With populations totaling over one billion people and high economic growth rates, the middle classes of India and Nepal are rising quickly as the 21st century progresses. However, with this rise in standard of living comes increased demand for resources. This includes one of the most precious resources on Earth – water, or “paani” in Hindi, a commonly spoken language in both India and Nepal. As Indians and Nepalis elevate themselves out of poverty, the demand for freshwater grows higher. Water in India and Nepal is used for activities ranging from cooking to leisurely use. The limited financial resources of the Indian and Nepali governments pose a significant challenge for ensuring adequate water for each nation’s urban middle classes and rural, largely subsistence farmers. Luckily, local initiatives and international partners are chipping in to solve this issue, with considerable success.

India is home to 1.3 billion people, and its population increases by over 10 million people per year. With an urbanization rate of 34.9% and rapidly growing, the strain on natural resources is significant. The quick expansion of India’s middle class and the problem of resource mismanagement lead to the popularization of the term “Day Zero” across India’s metropolises. “Day Zero” refers to a hypothetical future date in which Indian cities will run out of the groundwater supply required to quench the thirst of their urban populations. Unfortunately, for some Indian cities, that hypothetical scenario is already reality.

The city of Chennai, home to over 10 million people, experienced a “Day Zero” event last year. After losing access to groundwater resources, Chennai and cities like it are forced to tap into the resources of neighboring towns and villages, jeopardizing millions of farmers and their livelihoods. This also limits farmers’ chances at rising out of poverty. Some estimates suggest that by 2030 demand could outpace supply by a factor of two.

Similarly, the nation of Nepal faces rising challenges ensuring water for its people. While considerably smaller than its southern neighbor, Nepal’s population density is high, home to the same number of individuals (over 30 million) as the much larger Canada. With higher average glacial melt as a result of climate change and an increasingly thirsty economy, the Nepali government must contend with more flooding coupled with more consistent drought. Its financial issues mirror those of India, so it too must find innovative ways to conserve and replenish its water supplies. Addressing water in India and Nepal is essential for their success as emerging economies.

Though many NGOs, IGOs, and state governments are currently attempting to address challenges with India’s water supply, one in particular stands out: The Paani Foundation. Founded by famous Bollywood actor Aamir Khan, The Paani Foundation assists villages in creating natural water tables and irrigation systems. It works to sculpt the land in order to limit topsoil runoff, maintain water levels during drought and improve local biodiversity. The foundation’s focus is primarily in the Indian state of Maharashtra, located west of the Arabian sea, home to 110 million people. The scale of The Paani Foundation’s work in Maharashtra is so immense that it is often recognized as the largest permaculture project in the world. The work of this NGO showcases how inexpensive and innovative solutions are working today to address the growing water challenges in India.

Unlike the Paani Foundation, developed by a famous Bollywood actor, the Paani Programme is a cooperative between Nepali villagers, the non-profit AVKO and the United States Agency for International Development. Though the focus of this initiative centers on biodiversity conservation, this program, like India’s Paani Foundation, aims to develop irrigation and management systems that are sustainable in design and easy to maintain. The benefits of preserving biodiversity are two-fold, as resilient ecosystems that improve local wildlife numbers also contribute to the sustainable use of water supplies. With more reliable water access and more resilient ecosystems as a result of the investments of the Paani Programme, villagers across Nepal are more able to enjoy economic resilience and elevate themselves out of poverty.

With booming populations and increasingly thirsty economies, water in India and Nepal must rely on better systems to maintain its flow. Homegrown initiatives like The Paani Foundation are showcasing how local creativity can earn international praise. At the same time, programs like USAID’s Paani Programme provide an important example of the necessity of American federal interest in global poverty reduction and sustainable resource management. With “paani” being the most valuable natural resource on Earth, it’s time to give it the attention it truly deserves.