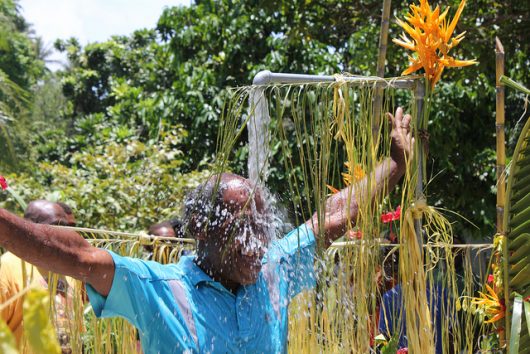 Nearly 70 percent of the population of the Solomon Islands lacks access to clean water and proper sanitation facilities. This archipelago comprises almost a thousand islands in the South Pacific Ocean and only has a population of 583,600.

The quality of the Solomon Islands’ urban water did not achieve The World Health Organization’s drinking water standards in 2007. Drinking water with unsafe levels of contamination has adverse effects on health and can cause diarrhea and other water-borne diseases. In 2002, diarrheal diseases accounted for seven percent of mortalities in the Solomon Islands.

Without sanitation facilities or access to working toilets or latrines, people’s only option is open defecation. Open defecation and the absence of washing facilities are associated with poor hygiene and an increased risk for skin and eye infections as well as mosquito-borne diseases, like malaria and dengue fever. A lack of private sanitation facilities is also linked to higher incidences of physical and sexual violence. When people—especially women—go outside to bathe and defecate, their vulnerability to violence increases.