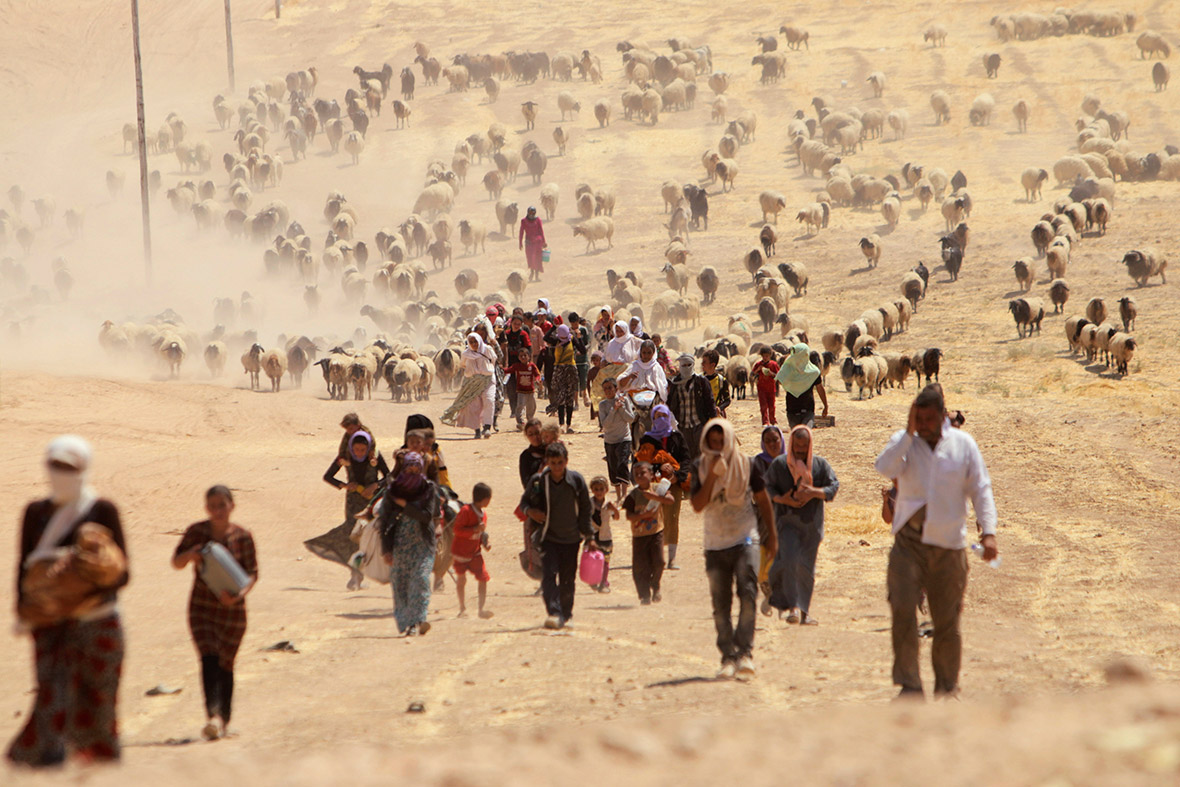 The International Organization for Migration has estimated that since January of 2014, over 3 million Iraqis have been displaced by ISIS militants and forced to relocate. In the past two months, over 276,000 have been forced to relocate out of fear or danger. Many of the refugees have chosen to abandon their homes and flee to the mountains in Northern Iraq to avoid the constant fear of attacks and violence from the Islamic State. Unfortunately, in addition to protection from violence, there is a desperate need for basic supplies such as food and water.

Amnesty International researcher, Donatella Rovera says, “The civilians trapped in the mountain area are not only at risk of being killed or abducted; they are also suffering from a lack of water access, food and medical care. We urge the international community to provide humanitarian assistance.”

In response to the conflict, UNICEF has worked to set up many transition camps in the Kurdistan region of Iraq. Baherka is one such camp that was formerly a concrete factory outside outside the town of Erbil. The makeshift facility currently accommodates approximately 3,000 refugees. In the camp, every family has access to a kitchen, shower, latrine and 150 liters of water per day.

Adding to the numerous fears and concerns, there is also a reluctance for some Iraqis to join the refugee camps. Many of the refugee camps are overcrowded and can present their own unique set of dangers such as violence, disease or abduction. Separation from family members is another serious concern. For these reasons, many of these families choose to take their chances in the remote mountains where their communities are smaller. Access to clean water is also scarce due to the rough, mountainous terrain.

“The plight of displaced people caught up in the fighting in Iraq is increasingly desperate and all parties to the conflict must do more to ensure their safety,” states Rovera.

Thankfully, there are nongovernmental organizations working towards providing aid to these displaced Iraqis. UNICEF’s Water, Sanitation & Hygiene (WASH) division has received funding from Germany’s KfW Development Bank and has been tasked with aiding 25 families living near the town of Dohuk in the mountains of Northern Iraq.

Fortunately, there are times when complex issues can be solved with ordinary and conventional methods. This has been the case thus far with the aforementioned Iraqi families. A tractor hitched to a 4,000 liter water tank has been providing water to over 62,000 people every day. Families fill up as many buckets and tin cans as they can carry and use the water for drinking in addition to bathing, washing and cooking.

However, funding needs are a constant reminder that this service is not permanent. Without access to clean water, Ghassan Madieh, the UNICEF WASH Specialist in Dohuk, states “There would be sewage in the streets… You will see people getting unchlorinated water. You will see less water quantity. It will have a negative impact on health, especially on children and the most vulnerable.”