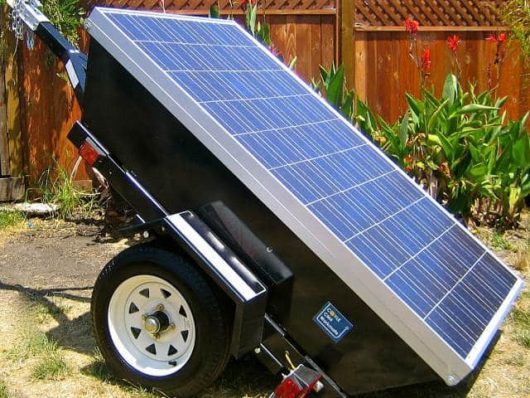 According to the United Nations Office of the High Commissioner for Human Rights (OHCHR), the average distance that women and children in Africa and Asia walk to collect water is 6 kilometers. Often, they find that their destination contains unclean water that is unsafe for human consumption. Women and children, whose job is to collect water, are too busy to focus on self-empowering opportunities, such as education or health concerns, perpetuating the cycle of poverty in their local communities. But help could very well be on its way, thanks to a new, potentially lifesaving product known as the Watt-r. It is the very first of Africa’s solar-powered water carts.

The concept of the Watt-r is simple: this cart aims to make carrying water from sources to villages much easier and significantly more efficient. The cart is powered by clean, environmentally friendly solar energy, rather than human labor. Furthermore, the cart’s capacity is far more than a pair of human hands: in a single trip, it will likely be capable of carrying up to a dozen 20-liter containers of water. This is the same amount of cargo that 25 people would be able to carry.

When not in use, the cart stores solar energy for locals in villages to power cell phones and other small electronics, while the entrepreneur using it sells water.

The creators behind Africa’s solar-powered water carts have stated that they hope their product will go beyond transporting water – this could include crops, medicine, tools and many other types of cargo safely and efficiently.

However, the question still remains: how will it foster economic growth, if people are still walking to collect water?

Ultimately, the Watt-r’s goal is to not only improve the speed and efficiency of collecting water but also foster entrepreneurship of those collecting it. The creator of this product, Jose Paris, estimates that an entrepreneur making daily micro-payments on the cart would be able to pay it off in a mere three years. “There is a market for this service already and people are paying for it”, he says, citing already-existent kiosks in Nairobi selling cans of water in the streets.

Africa’s solar-powered water carts have the potential to completely revolutionize communities that employ them. The increase in transport efficiency and speed, electricity provision, and entrepreneurial opportunity allows them to be employed by the world’s 663 million who currently struggle to access reliable or clean water sources – and empower them to improve the stability of water, income and opportunity in their lives.

Hunger in Barbados: Tackling the Effects of Malnourishment Increasing the United States’ Role in Global Education
Scroll to top