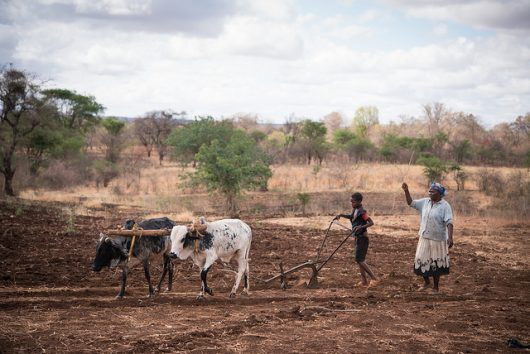 The drought in Kenya has reached “epic” proportions, according to government officials. The lack of rainfall caused Kenyan officials to declare the situation a national disaster, and approximately 2.7 million people have been affected.

Fortunately, on Feb. 20, relief reached many via insurance payouts under a livestock insurance subsidy through the Kenya Livestock Insurance Program (KLIP). This is no ordinary insurance company, though. Thanks to development by Kenya’s Ministry of Agriculture, Livestock and Fisheries and technical assistance from the International Livestock Research Institute (ILRI), KLIP is using satellite technology to assist the affected farmers.

Using both visible and infrared frequencies, the sensitive satellites used by KLIP record the color of ground vegetation in the affected areas. With comparative analysis, KLIP then reviews the recorded data to determine if there is enough “green” plant matter available for livestock to consume. If the index of data indicates a health risk for the livestock based on lack of resources, the insurance payouts are automatically triggered. The technology is tailored so that the subsidies are automatically deposited into farmers’ accounts. The state of the current drought in Kenya triggered KLIP’s criteria, and more than $2 million was paid to approximately 12,000 affected households.

On average, each household will receive $170. Based on figures used by KLIP, the subsidy will be enough to support approximately 70,000 head of livestock. An estimated 100,000 people stand to benefit from the payout.

In addition to the monetary benefits, livestock feed, veterinary medicine and water trucks are deployed when the system is triggered. The Kenyan government also plans to increase food rations to those hardest hit.

Cabinet secretary for Kenya’s agriculture ministry, Willy Bett, acknowledged the importance of the recent disbursement to mitigate the drought in Kenya, “…without their livestock, pastoralist communities would be devastated.”