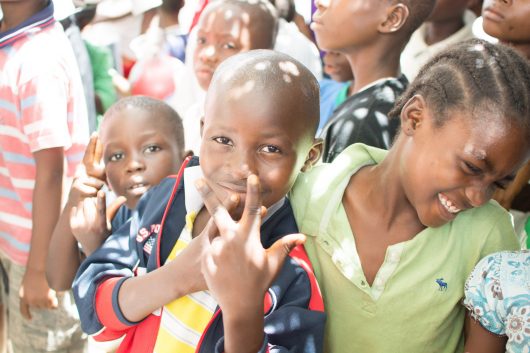 With nearly 842 million people suffering from chronic hunger, the role of the United States in eradicating global poverty is becoming more important.

President Obama’s Feed the Future program aims to “strengthen food security and nutrition for millions of people by focusing on the smallholder farmers at the foundation of the world’s agriculture system.” USAID reported that targeting the agricultural sector, like the program does, is “at least twice as effective at reducing poverty as growth in other sectors.”

Initiatives similar to Obama’s Feed the Future give the appearance that the United States is doing enough for the poor globally. The Center for Global Development produces an annual report called “The Commitment to Development” Index, which rates a country’s finance, technology, environment, trade, security, migration and overall aid in the past year. The United States was ranked 21 out of 27 developed countries, which puts them in the bottom third based on foreign aid.

While ranked 6th in both trade and security aid, the Center for Global Development rated the United States as 27th and 26th in the finance and environment aid categories. That puts the most prominent developed nation behind countries in economic snafus like Greece and Ireland in those categories. The data analysis blames the low ranking on “improper environmental monitoring and a low score on the Financial Secrecy Index.”

A PhD student from Stanford University named Lauren Prather researched why countries like the United States post such low foreign aid numbers. Her study compared a population’s desire to give with the amount that was actually given. In the end, she found “a clear relationship between citizens’ support for foreign aid and the amount their country gives.”

Does that mean that the average person in the United States is not doing enough for the poor globally? Prather conducted another study measuring an American’s chance of providing aid based on where it is going. Prather a survey of 1000 people and found that “A majority of Americans supported giving both food and money to their conationals, while a majority supported cutting both entirely for foreigners.”

Prather’s research and “The Commitment to Development” Index reveal the United States’ lack of urgency when it comes providing foreign aid. In addition, a Gallup poll released in 2014 shows that African approval of U.S. leadership dropped to a record low of 59 percent.

Research indicates that procrastinating the objective of poverty eradication is a threat to the global political and economic order. “The weaknesses of poor states could destabilize the entire international system,” asserts Vincent Ferraro, author of a Wilson Center report titled “Should Global Poverty be a U.S. National Security Issue?”

The perception that the United States is doing enough for the poor globally via foreign aid is quickly corrected by research and data done by several organizations. Programs supported by USAID like Feed the Future can provide another way forward in the global arena of poverty relief. Ferraro concludes by saying, “A reformulation of the national interest to include global interests is necessary because our world scarcely resembles that of 17th century Europe.”