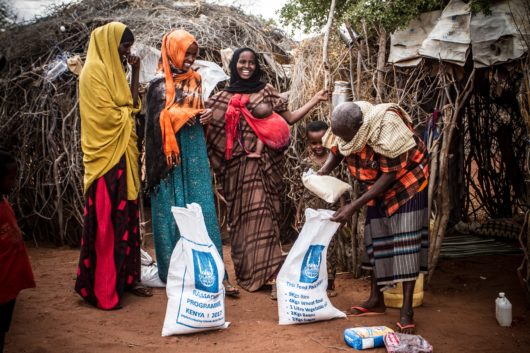 An estimated 37 million people are in need of emergency food assistance in the Horn of Africa. Of these people, 1.2 million are children under 5. These individuals are severely malnourished due to drought and conflict in the area. Millions of people are being affected by malnutrition in the Horn of Africa. Children in particular are threatened by a combination of poverty, insecurity, malnutrition and disease.

Due to the drought sweeping across the region:

People in the countries of Ethiopia, Kenya and Somalia have also been heavily affected by the worst flooding in the area in 30 years. In Kenya, floods have affected 800,000 people and displaced 244,400 people. These conditions have also resulted in crop failure and loss of livestock, turning conditions from poor to dire.

Immediate Help to the Horn of Africa

Beginning in 2014, UNICEF has treated 135,000 children for severe acute malnutrition in Somalia. They have vaccinated nearly 2 million children against polio. In Ethiopia, 2.7 million children, mothers and pregnant women have been screened for malnutrition. UNICEF has started supplementary feeding programs to further combat the malnutrition in the Horn of Africa. In Kenya, they have expanded their assistance to the flood of refugees coming in from South Sudan.

Organizations like Oxfam are on the ground in these areas, working with locals to get to those most in need. They are providing emergency food distributions and working with people to produce their own food and incomes. They are combating malnutrition in the Horn of Africa by providing emergency water and sanitation to stop the spread of diseases like cholera and diarrhea.

Continued Help in the Region

UNICEF’s efforts have continued to focus on preventing and treating severe acute malnutrition. They seek to expand access to safe water, sanitation and hygiene. Their people are increasing the number of children that they are vaccinating so that they can better respond to childhood illnesses and prevent them. Their focus is also on the people’s access to assets and safety nets that are responsive to seasonal factors and other shocks.

While there are many organizations that are coming to the aid of the people in the Horn of Africa, they still need more support if they are going to overcome the political and environmental issues that are making their lives unliveable.