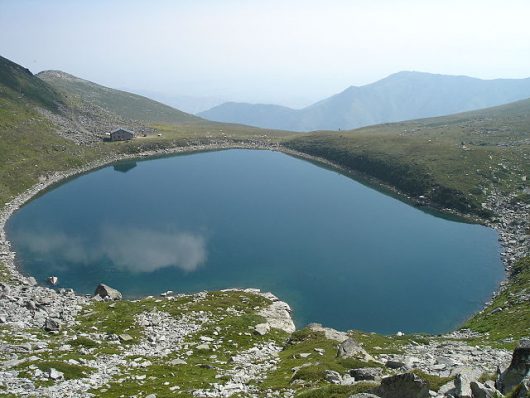 A landlocked nation of mountains, lakes and historic buildings, the Republic of Macedonia is located on the Balkan Peninsula in southeastern Europe. Macedonia has the distinction of being among the few countries in the world of meeting the water access and sanitation needs for 100 percent of the urban population. In other words, everyone in its urban areas is provided with safe drinking water.

Water is used for electric power, agriculture, industrial and municipal purposes. There is no inexpensive substitute for this precious resource, so measures increasing water efficiency and reducing waste are desperately needed with the looming effects of climate change. According to the Green Growth study, by 2050, all water basins in Macedonia will see a decline in mean annual runoff despite having an increased water supply through 2020.

Increased temperatures mean greater evaporation of water from lakes and reservoirs, thus less water is available for general or industrial use. A World Bank study found that Macedonian crops are adapting to increased temperatures by demanding water a month earlier than they normally do. Additionally, water used for cooling purposes in the thermoelectric sector is greatly stressed, reducing its availability. By 2050, hydroelectric production is slated to sharply decline from about its current production levels of 1,500 gigawatt hours to 1,100 gigawatt hours.

Consistent with the international standards, Macedonia conducts tests on its waters for the presence of physical, chemical, biological and even radiological elements. Eighty percent of Macedonians have access to wastewater, yet only 10 percent of the sewage is treated with the rest being discharged into the three lakes and four river basins in the country. In these situations, water quality in Macedonia could use further improvements.

In 2014, the Woman Engage for a Common Future (WECF) Project devised Water and Sanitation Safety Plans to “encourage the population to promote local action for the improvement of water supply and sanitation systems.” This plan is to be done by engaging local residents, government officials, teachers, students, and the young of the rural populations of both Macedonia and Romania.

Problems remain, however. While 99 percent of Macedonian households have a central water supply system, an inadequate water infrastructure with aging water pipes has deteriorated the condition of the water supply system. This has had a disproportionate impact on both rural and urban areas: according to the U.N. Human Settlements Programme, 23 percent of residents do not have access to good water quality in Macedonia.

Of the water emerging from karst aquifiers, 80 percent is inundated by rainfall runoff and surface water. In rural areas, additionally, usage of pit latrines is common and access to safe water sanitation is difficult if not unavailable.

In the past, the most frequent water borne diseases found in the water supply facilities were diarrhea, intestinal typhus and paratiphuses, and infective hepatitis A. Water-related diseases with infective elements, such as leptospirosis and malaria, have also been found in epidemic, endemic and hyperendemic forms.

To efficiently preserve its water resources and promote their sustainable and safe use, Macedonia needs to invest in its current irrigation infrastructure, incorporate farmer training to minimize water losses, and find ways to prevent, detect and repair water system leaks.

Increasing water demands require greater public awareness of the limited resources and the state of water quality in Macedonia. Together with growing environmental protection, the level of public concern is also increasing. Macedonia is already one of the few countries in the world with very high access to safe drinking water. The country needs to maintain its commitment to improve safe drinking water access for all of its population by 2020.