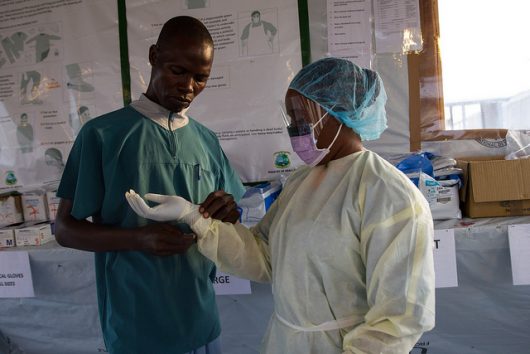 Preventable diseases continue to claim thousands of lives each year in Africa, but leaders of state have taken a bold stand against this reality. An official pledge in January affirmed their commitment to realizing the goal of universal access to immunization by the year 2020.

African Union Commission Chairperson Nkosazana Dlamini-Zuma stated in a press release following the Addis Declaration on Immunization (ADI) summit: “With political support at the highest levels, we are closer than ever to ensuring that all children in Africa have an equal shot at a healthy and productive life.”

This announcement marks the continuation of ongoing efforts to provide immunizations to citizens of 40 separate countries by Gavi, the Vaccine Alliance. To date, Gavi has saved more than 4.5 million lives by providing vaccines.

“African leaders are making a sound economic investment in future generations,” Dr. Seth Berkley, the CEO of Gavi, said in response to the announcement.

Berkley’s comment is not figurative. According to a 2016 study by Johns Hopkins University, when factoring in quality of life and reduction in economic disease burdens, every one dollar invested by the U.S. in vaccination among the 94 poorest countries on Earth yields a staggering 44 dollars in returns. In those countries directly supported by Gavi, the figure rises even higher, to 48 dollars.

The extensive list of diseases prevented by such immunizations includes polio, whooping cough, tetanus, yellow fever, diarrhea, cervical cancers and the most deadly of all, measles. Due to its highly contagious nature, measles alone was the cause of nearly 40,000 deaths in Africa in 2013, based on a survey by the World Health Organization.

The African government is not alone in supporting immunization efforts for children. Africa United, a platform for raising awareness of global health issues, has enlisted star football athletes to provide public service adverts during this year’s Total Africa Cup of Nations tournament. “Football unites people from all across Africa and beyond,” stated Issa Hayatou, the President of the Confederation of African Football, the governing body of professional football for Africa. “Together we can help ensure millions of African children are immunized by 2020.”

Though great strides have been made during the past 15 years, approximately one in five young people in Africa still do not have access to vaccines that prevent these life-threatening diseases. This pledge may mark the first step in reducing that number to zero by providing universal access to immunization.