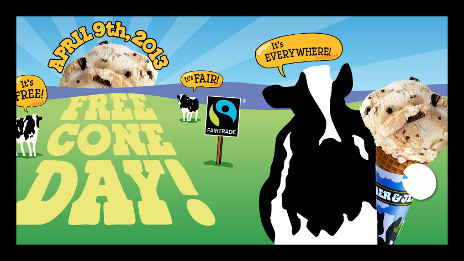 Citizens of the world are less and less supportive of capitalism solely based on maximizing short-term profits. More and more companies are acknowledging their obligation to all the participants in their business, from the shareholders, to the employees, to the communities they operate in. Unilever is one such company, realizing and owning their need to contribute to the societal welfare and environmental impact for the countries it operates in. They want to propose a new model of capitalism that focuses on the long term, in which companies try to solve social and environmental problems and give equal importance to the needs of communities, as well as their shareholders.

Unilever has over 400 brands worldwide under its umbrella, ranging from foods to household cleaners, including Lipton, Knorr, Dove, and Ben & Jerry’s ice cream; sold in almost every country, with two billion people using a Unilever product every day. Their huge distribution network enables them to make huge changes on a massive scale.

They have developed a range of initiatives that both help people as well has support their business’s growth. One focus is on hygiene, where public health specialists advise that the most effective intervention is to encourage hand washing at key times of the day – before and after eating, etc. Unilever developed the brand Lifebuoy with a marketing strategy based on campaigns to educate mothers and children to adopt this simple gesture. Trial programs in Mumbai, India have shown that, compared to control groups, those who benefited from the change in behavior were 25% less likely to suffer from diarrhea and were less absent from school for medical reasons. The campaign is now being expanded to Southeast Asia and Africa. It has a triple advantage – the consumer is healthier, the company sees a decline in health care costs for its employees, and Unilever benefits from increased sales of soap.

Unilever’s greatest impact is within the agricultural sector. Worldwide, the company purchases 12% of the world’s black tea, 3% of the tomatoes, and 3% of the palm oil. They have committed to halve their environmental footprint by 2020, and source 100% of their agricultural raw materials sustainably while enhancing the livelihoods of people across their value chain.

A third sphere of influence is in economic development through engagement and strengthening of their small-business affiliates. Unilever is connected with more than one million small farmers alone. They are able to work directly with the farmers to improve their productivity through a partnership with local and international organizations, expand their distribution efficiency, and train them in new techniques. Oxfam estimates the number of small-businesses that Unilever touches is more than half a billion, and improving their lives and businesses is an effective way to reduce poverty.

And, this April 9th – you can get free ice cream from Ben & Jerry’s, as they “give back” to their communities all over the world.