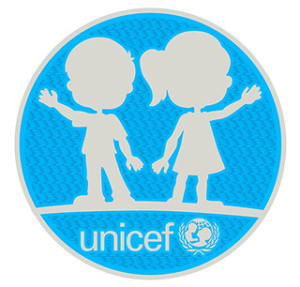 In the wake of the END IT Movement and Human Rights Campaign, more attention is being paid to what  (if any) tangible benefits are derived from the social media form of activism commonly referred to as slacktivism. In an effort to highlight the financial shortcomings of social media activism, UNICEF Sweden has launched a new advertisement criticizing Facebook slacktivism and calling for greater monetary support.

The advertisement (pictured above) shows the ubiquitous UNICEF (United Nations Children’s Fund) logo eclipsed by the sobering phrase, “Like us on Facebook, and we will vaccinate zero children against polio.” The ad goes on to critique the efficacy of Facebook slacktivism is by asking for donations as opposed to “likes” to help purchase polio vaccines for children.

In regards to the advertisement criticizing Facebook slacktivism, UNICEF Sweden Director of Communications Petra Hallebrant remarked that, “We like likes, and social media could be a good first step to get involved, but it cannot stop there.”

UNICEF Sweden’s critique of social media activism marks a turning point in what was previously full-fledged support of outreach via Facebook slacktivism. Is their criticism warranted? Researchers from Georgetown University recently published a study showing that social-media promoters were just likely as non-promoters to donate money, however, the promoters did in fact volunteer 15% more of their time than non-supporters.

The challenges facing NGOs in increasing donations has never been more difficult given the current economic climate and high unemployment figures. However, for those activists who lack the capital necessary for frequent donations, participation in Facebook slacktivism is a means of raising awareness when the requisite finances are lacking.

Why Data Sharing Is Important For Agriculture Business and Africa: A Continent on the Move
Scroll to top