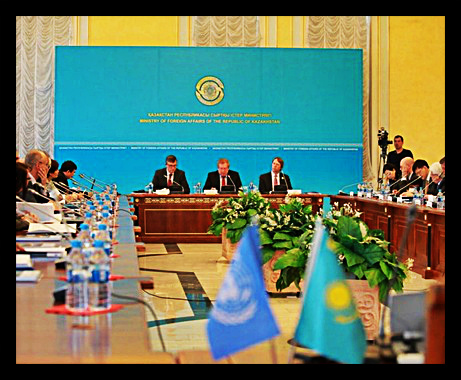 On Monday, a UNDP global report regional presentation was held in Astana at the Kazakh Foreign Ministry. The UNDP is a global development network that advocates giving people a better life through knowledge, experience, and resources. Its main focuses center around poverty alleviation, democratic governance, crisis prevention and recovery, and more.

During the presentation of the report, Adam Oliver, the director of the Bratislava regional center of the UNDP (United Nations Development Program), stated that Kazakhstan is ahead in human development in comparison to other Commonwealth of Independent States (CIS) countries and Europe. Oliver went on to add that Kazakhstan is a “transforming country” because it supports other neighboring countries’ economies as well as their own.

Amie Gaye, the chairperson of the UNDP Human Development Department suggested that Kazakhstan has shown “excellent results [in human development] during the last ten years and ranked 17th among 122 countries.” In addition, she also claims that the country is ahead of others in terms of the ratio between education and income levels. Hence, in 2012, it placed 69th out of 187 countries.