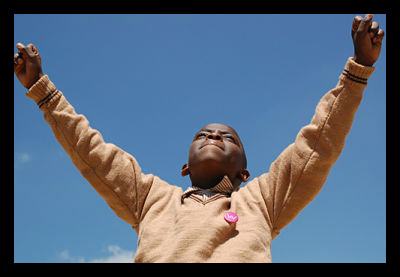 A recent report released by UNICEF has predicted a massive shift in Africa’s child population. The study reported that the under-18 population is predicted to increase by two-thirds, and will reach at least 1 billion by 2050. The report also noted that approximately 40 percent of the world’s children will be in Africa. Over the next 35 years, almost 2 billion babies will be born in Africa, and the continent’s population will double in size.

These numbers show a drastic increase from 1950, when only 10 percent of all children lived in Africa. These new statistics also come in spite of a high child mortality rate. Africa currently accounts for approximately half of all child deaths globally, and the ratio of child mortality could rise to about 70 percent.

There are a multitude of factors that play into this high mortality rate. The UNICEF report specifically mentioned that three in ten children live in conflict-affected areas or in fragile regions. It also pointed out that almost 60 percent of all Africans will live in cities by 2050.

Special attention was given to Nigeria, which is currently the most populous country in all of Africa. Nigeria has the greatest number of births on the continent, and is projected to account for one in ten births globally by 2050.

As Leila Gharagozloo-Pakkala, UNICEF’s Regional Director for Eastern and Southern Africa, explained, “This report must be a catalyst for global, regional and national dialogue on Africa’s children. By investing in children now – in their health, education and protection – Africa could realize the economic benefits experienced previously in other regions and countries that have undergone similar demographic shifts.”

Flooding in Nepal: Poor Most VulnerableGravityLight in African Homes
Scroll to top