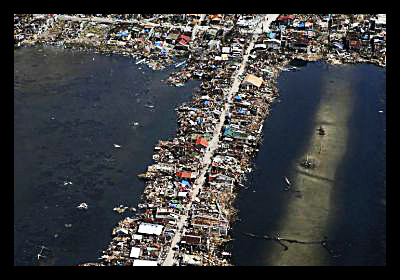 The Philippines sees about 20 tropical storms each year, which would lead most to believe that the country should have a sophisticated storm preparation plans considering the constant threat to its residents. However, over 10,000 lives were lost in the wake of Typhoon Haiyan. This high death toll indicates that there was likely much that could have been done to prevent the substantial loss of life caused by Typhoon Haiyan. Indeed, there were several things that should have been done differently in preparation for the storm.

While Typhoon Haiyan may have been larger and stronger than most storms that typically hit the Philippines, the danger the storm presented could have been substantially decreased by the presence of a more accurate early warning system. According to University World News, the typhoon came in three hours earlier than warnings suggested and had a storm surge of six meters, which was unexpected. However, the slower development of typhoons, as compared to other rapidly forming natural disasters such as tsunamis, provides for much better preparation than what was provided during Typhoon Haiyan.

While early estimates placed the storm surge at six meters, Typhoon Haiyan’s storm surge reached 55 feet, meaning the deadliest element of the typhoon was underestimated. So although hundreds of thousands of people evacuated, they apparently failed to evacuate far enough inland, likely relying on the underestimated storm surge.

Additionally, many residents are believed to have had an inadequate understanding of the meaning of storm surge, which likely also contributed to the failure to evacuate farther inland. According to the secretary of the Department of Social Welfare and Development in the Philippines, people were preparing for the usual wind and rain of a typhoon, a misunderstanding that turned out to be catastrophic. Government officials should learn from these mistakes and develop a better method of disseminating information on the effects of typhoons in a simple and easy-to-understand format.

This focus on politics is believed by some pundits to have contributed to the neglect of disaster risk reduction, such as evacuating people who lived on low-lying, urbanized, coastal areas of islands, areas which were considered to be under threat by several initial reports.