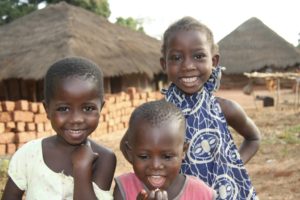 West Africa is a region that has experienced exposure to many different diseases and illnesses. This is the result of poor health care and poor quality of living conditions. Examples of some diseases and illnesses are malaria, yellow fever, cholera and typhoid. When it comes to the West African country of Guinea-Bissau, a specific infectious disease has plagued its people for a long time. This disease is tuberculosis (TB). Many prevalent risk factors of the country are the leading causes of this disease, which has made it difficult to slow down the progression of tuberculosis in Guinea-Bissau. Tuberculosis is the sixth highest cause of death in the country.

A major reason for the rise and continuance of tuberculosis in Guinea-Bissau and in many African countries is the Human Immunodeficiency Virus (HIV). According to the World Health Organization (WHO), people who have HIV are 19 times more likely to develop active TB. A survey by the United States Library of Medicine National Institutes of Health found a TB prevalence rate of 134 out of 100,000 people.

Suboptimal living conditions and poor immune systems as a result of having HIV have made it very difficult to combat tuberculosis in Guinea-Bissau. According to the Center for Disease Control and Prevention (CDC), people with HIV infection, the elderly and young children are at risk of contracting TB. Poor medical facilities, poor access to health care, mistreatment and not having the supplies to correctly cure the disease can certainly lead to people spreading and dying from tuberculosis.

The mortality rate of the disease among children under the age of 5 in Guinea Bissau gives a major indication of just how significant of a problem tuberculosis is for the country. The Bandim Health Project (BHP) conducted a study of children under the age of 5 living with an adult with TB. The study compared the mortality rate of those children with the mortality of children in the general population. Children under 5 years of age who experienced exposure to an adult with TB had a 66% higher mortality than unexposed children. Once exposed to the disease, there was a high risk of death six months after exposure. Children 3 or 4 years of age were highest at risk for death.

It is possible to cure tuberculosis with proper treatment. The End Tuberculosis Strategy that the WHO implemented has a vision of ending the global tuberculosis epidemic. The vision involves providing the right care, supplies and medical professionals to regions where people are most at risk. The BHP has also directly involved itself in helping the country stop the spread of TB. In addition, the project is introducing and testing the Bacillus Calmette-Guerin vaccine (BCG). The BCG is a vaccine that can attack tuberculosis in the body.

BHP researched children who received the vaccine at birth and compared them to those who did not. The result showed a reduction in a third of child deaths from any disease. A barrier to getting more people in Guinea-Bissau vaccinated is the accessibility of BCG to families. The more vaccine coverage that BHP can provide to children and people who both have and do not have tuberculosis, should drastically limit risk factors toward stopping tuberculosis in Guinea-Bissau.