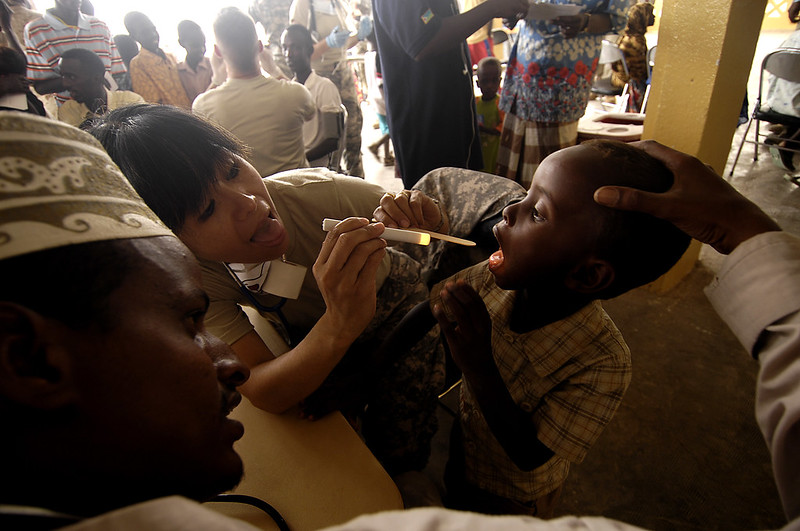 Tuberculosis (TB) is an infection caused by Mycobacterium tuberculosis. In addition to airborne spread, TB can be transmitted through unpasteurized milk contaminated with Mycobacterium bovis. This infection attacks the respiratory system, but in extreme cases, it can impact the central nervous system, bones, joints, lymphatic system and urogenital area. It’s a disease that is endemic in Djibouti, a country in eastern Africa.

Despite the fact that deaths have increased, health data analyzers seem optimistic that the incidence of TB will decline as more funding goes toward health in Djibouti. In 2016, only $66 was spent per person on health. By 2050, experts predict that spending will rise to $87 per person. This increase will largely come from expanded development assistance and a rise in government spending on health — predicted to jump from $35 per person in 2016 to $48 in 2050. With more money being put into the health of citizens, it will be easier to get and keep people healthy. If someone does contract TB, there will be more money allotted for their treatment. Increased health funding will also allow for more community outreach and education around the spread and treatment of TB. If someone contracts TB and cannot get to a medical facility, they will at least have tools to keep themselves healthy and ensure that their case doesn’t spread.

Refugees and Tuberculosis in Djibouti

Refugees account for nearly 3% of Djibouti’s population. Most refugees come from neighboring countries raging with war. Djibouti’s refugee camps are small, cramped and perfect breeding grounds for TB. While things may seem bleak, there is hope. The government in Djibouti is working with multiple NGOs to bring awareness and treatment to TB in refugee camps. UNDP has partnered with UNHCR and the Global Fund to address tuberculosis in Djibouti. So far, they have provided treatment for 850,000 TB patients, as well as 19,139 patients with drug-resistant TB. The work of NGOs has allowed families to stay with the sick during treatment, without fear of contracting the infection.

The goal of this partnership is to end TB in Djibouti by 2030 — an ambitious goal, but one that is potentially attainable as support and funding help to educate, treat and provide support for the people who need it. While treatment is important, however, these NGOs have also shown that community outreach programs aimed at teaching people how to avoid TB are just as vital in stopping the spread of the disease.

The tuberculosis crisis in Djibouti has been a lasting one. Thanks to recent investments by the government, new technologies to combat TB and organizations helping contain the refugee TB crisis, there is hope for the future of this country and its citizens.