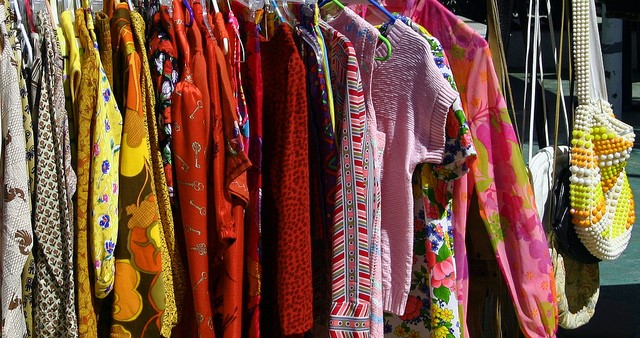 The fashion industry used to be “four seasons in a year; now it may be up to 11, 15 or more.” This phenomenon is resulting in “fast fashion.” Currently valued at $1.2 trillion, with more than $250 billion spent in the U.S. alone, the fashion industry has exploded as increased wages have increased demand. With this overload in consumption, there is inevitably much waste which damages the environment and exploits poor workers.

According to the Environmental Protection Agency, 15.1 million tons of textile were created in 2013. More than three out of every four garments has been incinerated or put in landfills. Traditionally, the U.S. has tried to reduce waste by selling used clothing to countries such as Pakistan, India, and Russia. With the strong dollar and increasing availability of cheap clothing from Asia, however, demand for secondhand clothing has decreased. As a result,  large amounts of waste needed to be taken care of.

The fast fashion industry also imposes an immense burden on the environment. The industry produces “10 [percent] of global carbon emissions and remains the second largest industrial polluter, second only to oil.” Producers consume nearly 70 million barrels of oil a year in just the production of polyester fiber and dump 1.7 million tons of dyeing chemicals into the environment. The industry also goes through an estimated 1.5 to 2.4 trillion gallons of fresh water a year, polluting much of it and damaging both human health and the environment.

While recent progress has created worker empowerment, the use of cheap labor in the fashion industry has been marred by tragedy. In 2013, a garment factory in Dhaka, Bangladesh collapsed, killing more than 1,100 people. Like other countries experiencing immense poverty, Bangladesh would “see its economy collapse” without the textiles industry. Brands such as Gap, Adidas and H&M have also been criticized for using child labor, paying wages of 50 cents per hour and demanding 10-hour shifts. With other options only as good as intensive agricultural work, many uneducated women find these abusive jobs as their best options. Workers also have had very little leverage in negotiating their working terms and so have less job security.

As all these issues continue to be exposed, however, progress will continue to be made. Since the factory collapse, registered trade unions in Bangladesh have increased from three to 120 and wages nearly doubled. As consumers have grown warier, smaller brands have emerged to promote the “slow fashion movement,” where people shop for quality over quantity and buy products made of sustainable materials. Larger brands have also sought change. H&M and Patagonia launched trade-back programs where customers can send in unwanted clothing that will be recycled and sold again. Nike has also worked to eliminate child labor and improve working conditions.

Although it is always great to see businesses take the initiative in improving the fast fashion industry, the ultimate dictator of change is the customer. Customers are the deciding factor in what companies produce. If the purchasing culture changes to one where customers primarily value how companies have treated its workers and the environment, then the necessary change will follow.