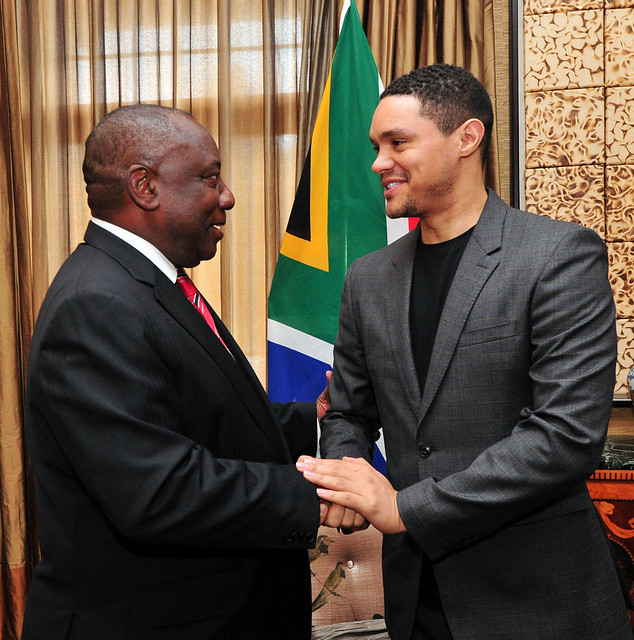 Trevor Noah’s childhood in late-state apartheid South Africa color his perception of the world. His recent memoir, “Born A Crime,“ gives insight into his life experiences. The host of the Daily Show is more than just a comedian. He has taken his success back to his homeland to build a new generation of inspired individuals.

According to UNICEF, there are about 3.7 million orphaned children in South Africa. The youth make up around 60 percent of the unemployed population. Behind the Trevor Noah Foundation is the vision of a South Africa that improves itself through each new generation. In reference to his program, Noah stated, “the higher the level of education, the higher [the] chance the youth have of creating a future for themselves and collectively, a better South Africa.”

So, with this belief, Trevor Noah’s non-profit has established itself as an organization that supplies troubled youth with the education, life skills, and social capital essential for the pursuit of opportunities beyond high school. The Trevor Noah Foundation strategically launched to an audience of education professionals in order to find partnerships with government schools, mobilize philanthropic capital and, most importantly, to research innovative approaches. Not only does the organization offer skill development and career guidance, but it also provides psycho-social support.

The initiative is being piloted at a government school in Johannesburg, South Africa. On March 7th, 2019, Trevor Noah and executive director of the program Shalane Yuen, met with South Africa’s president, Cyril Ramaphosa. After sharing about the Foundation’s influence on education, the team was invited to the National Assembly as special guests to the president. Impressed by Trevor’s efforts, President Ramaphosa welcomed the South African native back home.

In “Born A Crime”, Trevor talks about the leverage he received from a privileged friend. It was in a CD writer gifted to him, that Trevor began to generate money from his DJ skills. This evolved into his appreciation for opportunities that are opened by technology. For the 500 orphans at the New Nation school, Trevor Noah hopes to open similar doors.

With Microsoft as the technology partner for the Foundation, the New nation School opened a new computer lab. The lab is equipped with Windows 10 laptops for students and teachers to allow for computer literacy skills courses. Workshops introducing basic coding has students practicing problem-solving skills.

When given the tools to offer Computer Application Technology courses, some institutions forget the value their equipment has on other subjects. Fortunately for the New Nation School, there are scheduled times students can utilize their tech resources for other subjects. Teachers are also able to use their timeslots to show subject related videos.

The biggest influence actually reflects upon the improved teaching practices. Instructors have been trained to maximize their services with Office 360 which allows for access to their work on multiple devices. In addition to Excel, Word and Powerpoint, teachers now have the opportunity to create online presentations and Socrative interactive quizzes.

Educators at the New Nation School are given new teaching opportunities with a plethora of innovative programs their computer labs offer. As they become comfortable in this new field of tech-based instruction, they are able to give students the tools to hone in on their own skills. These students exhibit the ability to surpass their predecessors adding a layer of growth to yet another generation.

A Vision for the Future

This is in large thanks to the Trevor Noah Foundation. It is no surprise that the symbol for the organization puts Africa at its center, being that the founder is South African. However, the rippled rings surrounding the imprint is symbolic of how a single footprint has an effect. Like a growing tree, generations add to that impact and make up an ever-changing world.