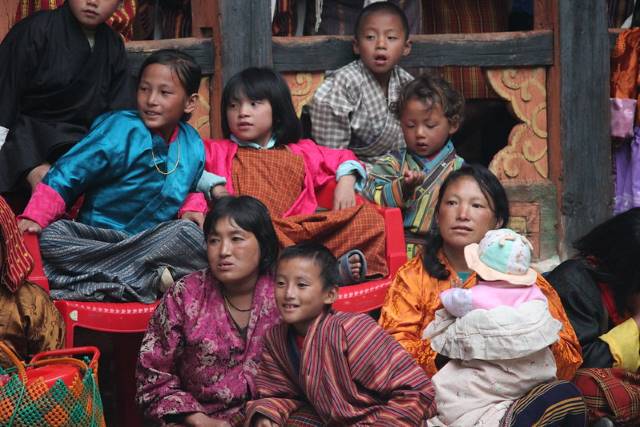 As part of a marginalized sovereign state in East Asia, the people of Tibet have endured immense social, economic and religious challenges within their cultural community due to the external pressures of neighboring countries. Hailing from the mountain territories that skirt the peaks of Everest, the inhabitants of Tibet have long-held traditions of national pride and spiritual independence. Within Tibet, gender equality and health play a crucial role in the development of Tibetan women in society.

Despite the territorial and governmental tensions that mark contemporary Tibetan life, the small yet mighty community has progressed immensely in terms of overall socioeconomic well-being and universal rights for local citizens. Chief among the recent improvements in Tibet is the notable reduction of the poverty rate. In just four years, the poverty rate descended to one-fifth of its initial percentage, currently stabilized at almost 6%. International aid projects and development efforts have all helped to strengthen the Tibetan economy and improve the quality of life.

The Place of Tibetan Women in Exiled Society

Although the plight of Tibetan countrymen against Chinese occupation has received wide recognition, Tibetan women frequently experience neglect in public discourse. The women of Tibet have had to navigate a gender system that is fairly fluid yet rigid in its intricate pattern of sexuality, duty and societal standing. All of these factors tie into the physical and emotional well-being of women.

Tibetan women are free to attend school if they have the material means to do so and Buddhist nuns have permission to pursue the same level of higher education as monks, thanks to the advocacy of the Dalai Lama for Tibetan gender equality. However, Tibetan society still views women as part of the less favorable gender.

According to an interview by international journalist Cornelius Lundsgaard, parliamentary leader Tenzin Dhardon Sharling is one of the few women that holds a leadership position within the Tibetan government, serving both the Tibetan Parliament in Exile and the Tibetan Women’s Association. During her interview with Lundsgaard, Sharling comments on the manner in which gender roles affect the structure of household responsibilities. Sharling stresses that “there is more of a need for basic, sustainable projects.” Essential needs such as healthcare, access to food and education are all crucial for gender equality.

Maternal and public health are the most immediate priorities for equalized health among Tibetan women. Unfortunately, the maternal mortality rate is exceedingly high in comparison to the rate in other nations. In comparison to the national average, Tibetan mothers are five times more likely to die during childbirth. Given how dire the situation is, it is clear that Tibet’s healthcare system has several gender-related deficiencies that require addressing.

According to the World Health Organization (WHO), the number of obstetric clinics in Tibet meets the minimum amount to serve the population. However, based on the occurrence of maternal mortality, it is evident that a larger number of centers would be beneficial. Part of the discrepancy in women’s healthcare lies in the perceived cultural differences between men and women. Although women are active participants in movements for political change and have access to higher education, most Tibetan households still divide domestic practices along gender lines.

Tibetan households reaffirm the patriarchal principles that exist in certain Buddhist teachings. Thus, investing in Tibetan gender equality and women’s clinics may not appear as valuable to male members of the community. Leaders need to reevaluate the patriarchal attitude that is prevalent in society. This will help ensure that resources for women receive adequate funding.

The Future of Tibetan Women

In spite of the gender imbalances, the region has made considerable progress to improve equality. The Tibetan Women’s Association continues to strive for women’s empowerment. The Central Tibetan Administration has held workshops on how to address gender concerns and prevent discrimination. Furthermore, the rise of female leaders like Tenzin Dhardon Sharling will bring women’s rights and political representation to the forefront. As Tibetan women continue to advance in society and serve as health practitioners and doctors, equal representation is becoming a reality in the sphere of Tibetan public health. With the growth of the gender equality movement, the healthcare system will be one step closer to addressing the needs of Tibetan women.