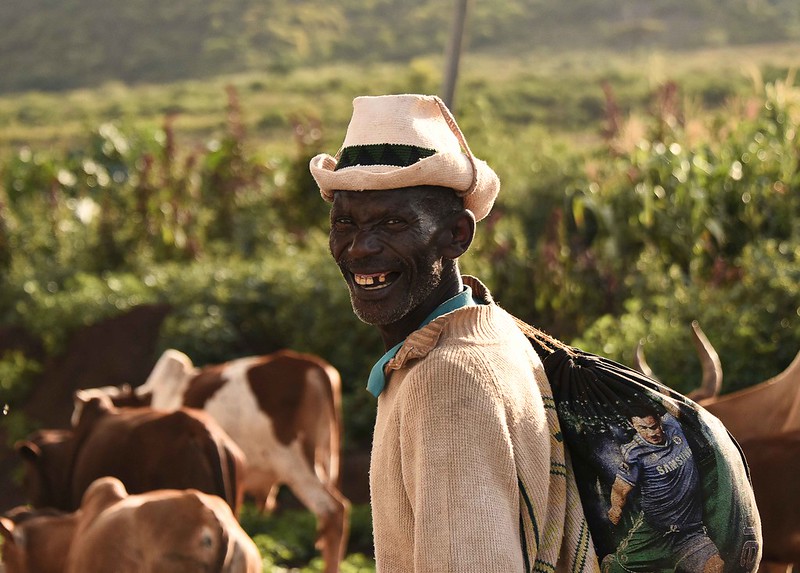 Researchers have directly linked quality nutrition to a reduction in the risk of chronic diseases including cardiovascular disease, diabetes, cancer, and in some areas, malnutrition. In less developed countries like Ethiopia, this reality is even starker. The threat of hunger in Ethiopia is extremely prevalent, requiring significant attention.

According to USAID data in Ethiopia, more than half of infant deaths are a direct result of malnutrition. Children who survive past the age of 2 years old experience irreversible threats to their physical growth and delays in their cognitive development. This lack of proper nutrition places children at a disadvantage within schools, leading them into the same cycle of poverty wherein the food systems in Ethiopia continue to perpetuate their malnutrition. As of 2021, more than 70% of Tigray’s population is still hungry with 400,000 individuals facing hunger on a fatal level.

The high rates of malnutrition in Ethiopia are a result of several factors, with food insecurity and less access to nutritious services being among the most prominent determining factors. Increased incidence rates of infectious diseases and inadequate maternal and child feeding practices follow closely behind. A combination of household wealth and income, education levels and a family’s ability to plan long-term drive all of these factors. Despite the threat of hunger in Ethiopia, some organizations are providing help.

Within the past decade, several programs and organizations dedicated to fighting world hunger have worked within countries in Eastern Africa to not only provide food to its civilians but to support local farmers. The World Food Programme (WFP) is among one of the most active of these organizations in Ethiopia. The WFP has worked in many areas, donating resources, helping smallholder farmers develop better climate resistance and implementing school feeding programs. Most recently, the World Food Program has called for action from governments and their constituents while articulating how they will respond to the crisis.

The World Food Programme’s three main objectives now and in the coming months are to:

These goals aim to increase the quality of life for families in Ethiopia, and, since late September 2021, the World Food Programme has succeeded in doing just this. According to recent news and press releases, the WFP has helped communities in Ethiopia in one leading way.

The World Food Programme’s largest success in Ethiopia has been creating a system for farmers to access and manage their own finances. Having the ability to save money and apply for loans supports sustainable farming while empowering working women and providing a sense of self-sufficiency for many adults. The WFP has worked closely with villages in Ethiopia by helping small farmers pair up with the Village Savings and Loan Associations (VSLA), allowing communities to buy materials for personal businesses and ensure financial protection from the future. In 2002, the World Bank approved a loan of $85 million to Ethiopia’s food security program, all of which have contributed to these efforts of helping small farmers learn to support themselves. The WFP also aids Ethiopia in dealing with urgent issues by directly providing communities with emergency food. Since July 2021, the WFP has provided over 135,000 individuals with emergency meals.

USAID has also worked to promote agriculture and secure food systems in Ethiopia over the last decade. The implementation of its Feed the Future initiative has focused on supporting sustainable agriculture-led growth, bolstering resilience and improving nutrition. USAID has estimated a 19% decrease in poverty because of its efforts in the areas where it has worked from 2013 to 2018. In 2019, USAID’s Feed the Future initiative recognized its achievements of reaching 5 million children under the age of 5 years old with nutritional aid as well as tending to 131,000 hectares of improved land. This is due to improved technologies and practices provided by nonprofit organizations. Moving forward, USAID is seeking to continue working on strengthening resilience programs for farmers who rely solely on agriculture.

Collective Vision is the Future’s Hope

While the world continues to face many challenges, hunger may be one of the most pressing humanitarian concerns at the moment. Additionally, while it is important to sufficiently nourish everyone, it is even more important to ensure that each person has the knowledge and resources they need to continue healthfully providing for themselves moving forward. Organizations like the World Food Programme have already taken a strong initiative to achieve this goal in the countries that need it most, like Ethiopia. Other hands-on organizations like USAID have also spread their assistance to reach more countries, including attempting to strengthen the food systems in Ethiopia.

While the threat of hunger in Ethiopia may seem like a challenge that is far too expansive for any individual to tackle alone, organizations have shown how collective thought and collaboration can make a world of difference in reaching those most in need. With the continued support of governments and more specifically, involved constituents, countries can set aside their differences and work together towards achieving this common goal.