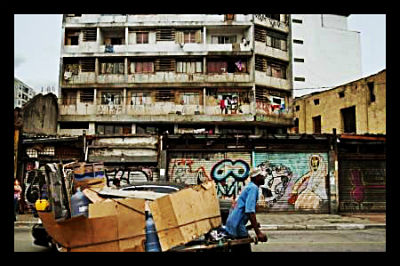 Over the past two decades, sweeping statements about our ability to end poverty have been common. Lyndon Johnson declared it in 1964. Thabo Mbeki in 2002. Tony Blair in 2005. More recently, Obama and U2 frontman Bono have attempted to inspire action by reiterating our capacity to make an impact and in April press conference, Jim Yong Kim wrote “2030” on a piece of paper, held it up and stated emphatically that this was the deadline to end global poverty.

More common than our leaders’ public displays of confidence, however, is our general inaction towards capitalizing on our ability to use it. This is not necessarily a reflection of the stinginess of those in power; the international response after disasters and during successful charity drives is a testament to the existing desire to aid those in need. Rather, we are grappling with a problem of mismanagement and misconception.

Ending poverty is achievable in the way winning an Olympic medal is achievable. It will take energy, time, luck, effort, money and above all, indomitable will to ensure its success. It has to be properly managed and directed. Currently, what we have is akin to having a potential star athlete without a trainer or equipment.

The Washington Post estimates that if countries were to donate 50 cents of every $100 earned in income, it would drastically decrease poverty – if properly funneled. The cost to end poverty is not, in and of itself, exorbitantly high, especially in comparison to budgets for other programs. Yet the money already used is too often misused – charity, while noble, is often a misguided venture which temporarily alleviates rather than solves problems and too little is directed towards programs that could help because of fear of corruption or siphoning by dishonest governments.

The Millennium Project has released a report Investing in Development which outlines the numerous ways a small amount can have a huge impact. Malaria nets in sub-Saharan Africa, for example, are magic bullets: eliminating disease, potentially lowering birth rates and allowing greater productivity. The provision of obstetric care could save hundreds of lives, while using local healthy foods to provide nutritious school lunches could increase revenues for farmers and improve child health and performance in schools.

Too often, people think of poverty as an unconquerable single problem. In reality, poverty is the result of a confluence of factors, all of which have structural solutions. Although it is complicated and requires long-term planning, a fatalistic view of poverty is solely an excuse for not trying. Estimates put the total cost of the US contribution around 60 billion – a fraction of what the nation spends annually. With so much potential benefit in terms of emerging markets and sound international security, the cost to end poverty seems almost a bargain price.