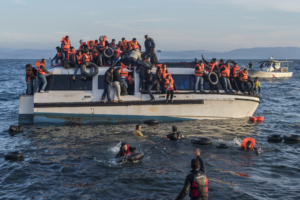 In London, U.K., the Syrian conflict has brought mental health challenges and Post-Traumatic Stress Disorder (PTSD) to both children and adults. Syrian refugee children are at high risk for depression, anxiety, and other forms of mental illness after experiencing high levels of trauma. These untreated trauma-related mental and behavioral disorders serve as threats to physical fitness, schooling, and economic prosperity.

The Syrian conflict has caused harm that may not be fully understood for years. More than 511,000 Syrians have lost their lives since the start of the war, and around 6.6 million Syrians were displaced internally. Syrian refugee children who have suffered during the war are most likely to have mental health issues. The U.N. Refugee Agency noted that almost 80% of Syrian refugee children had suffered a family death and 60% have endured physical attacks. More than half of all Syrian children have PTSD symptoms. They are also facing intellectual and cognitive difficulties. The U.S criminal justice system indicates that the 1.2 billion people who live in conflict exhibit frequent witness to killings and gender-based violence.

Syrian children have faced a variety of disruptions to receiving an adequate education. Only half of them were enrolled in schools when they arrived in countries for refuge. In Turkey and Lebanon, the enrollment rates dropped to 20 percent. Children have also struggled to overcome gaps in their learning. Children are more likely to earn failing grades or drop out due to untreated psychological trauma. These mental and behavioral disorders also lead to economic productivity losses and substance abuse.

A report issued by Amnesty International in 2006 shows that 117,000 Syrian refugees living in Jordan camps have access to education, health care, food, and water provided by the government. Those who live outside of these refugee camps rely on humanitarian aid and private donors. Refugees in Turkey receive free basic health care once registered with the government. However, the language barrier is still a concern, especially with regards to mental health facilities. Therefore, several ways to enhance the level of mental health care for Syrian refugees in Turkey have been established by the International Medical Corps (IMC). This includes bridging the Turkish-Arabic language divide. They will also bundle mental health care with general health care and educate/license more practitioners in mental health. Furthermore, they will identify developmental disabilities in children and improve the provision/policy of national mental health programs.

Mental health care will be strongly considered as part of the humanitarian response in Syria. This will be done by coordination with foreign Non-Government Organizations (NGOs) that can offer urgent assistance to those in need. Sustainable capacity needs to be built by degree projects that can incorporate mental health services into the primary health system of Syria.  The aim is to improve the region’s mental health workforce.

Improvements in the general accessibility, affordability, and consistency of mental health resources offered to Syrian refugees is needed. Worldwide support is essential to provide adequate mental health care to Syrian refugees. Mental health care providers trained by the World Health Organization need to be expanded to Syria and countries with high populations of refugees. National budgets for welfare are needed for more funds for mental health programs. There is not an adequate number of psychologists in Jordan, Lebanon, and Syria due to the absence of academic psychology programs. Therefore, it is essential to train mental health professionals and social workers in the delivery of validated psychological services to communities impacted by the crisis throughout the region.

Children of the Future

When an entire population must concentrate on remaining alive, it becomes difficult to focus on children’s development. But these children are the future of Syria. Thus, it is significant to focus on Syrian refugees’ mental health issues today, particularly refugee children. More comprehensive emergency and long-term services will help avoid a “lost generation of children” for Syria’s future state-building prospects.