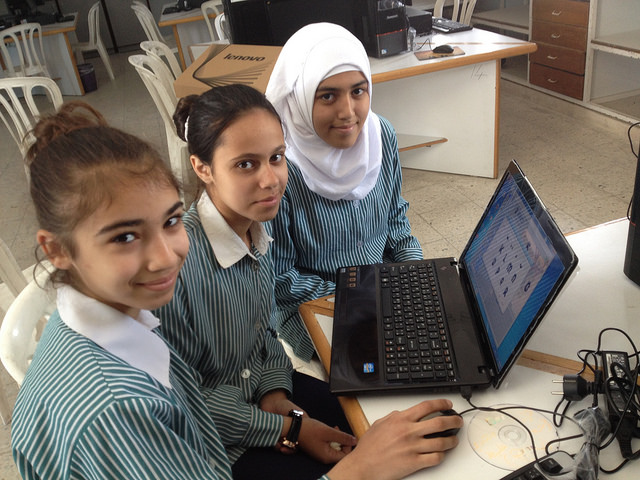 Although the conflict in Palestine often grabs headlines, day to day functions, like girls’ education in Palestine, are important as well. According to The Brookings Institute, “Education, especially for girls and women, is one of the most highly leveraged investments that a developing country can make in its future.”

Palestinian women are among the most educated in the Middle East. They have a 94 percent literacy rate and go to primary school just as often as boys do. Palestinian girls consistently outscore their male peers in Tawhiji testing. In the 2006 school year, 14,064 more Palestinian women were enrolled in university than Palestinian men. Compared to the situations for women in Yemen, Egypt or Afghanistan, girls’ education in Palestine is thriving. However, there are still some obstacles to overcome.

Conflict with Israel often disrupts the educational infrastructure of Palestine. Schools are damaged by rockets and bombs in volatile areas like the Gaza Strip and West Bank, limiting all children’s access to education. In 2014, in the Gaza Strip alone the education of 475,000 students was affected by this destruction. Palestinian schools in Israeli territory are regularly underserved, with overcrowded classrooms and lower budgets.

Secondly, the dropout rate for high school students (though still low at less than 3 percent) has risen recently, with girls being slightly more likely than boys to leave school early. Women also tend to receive a poorer quality of education. Families are more likely to send boys to private schools because in a traditionally patriarchal culture they are seen as necessary for the extended family’s financial livelihood. When families have limited resources, they allocate them toward the boys who often work abroad, especially in the Gulf states.

Improvements for Girls’ Education in Palestine

Despite these challenges, girls’ education in Palestine continues to progress. Girls are equally represented in STEM alongside boys and their presence in universities continues to grow. The main challenges to female education in the region are political and cultural. While it may be unrealistic to expect a solution to the Israeli-Palestinian land conflict any time soon, attitudes about women are already changing.

One group of 40 Palestinian girls attending Sokaina Girls School in the Gaza Strip decided to challenge social norms about women’s role by building a library for their school. With support from UNICEF and other NGOs, they were able to bring a new world of learning and hope to a community where libraries are scarce. If more organizations and individuals supported initiatives for girls’ education in Palestine, the region would be one essential step close to eliminating poverty.

Despite cultural and political challenges, girls’ education in Palestine is progressing well. Success stories like the Sokaina Girls School library prove the power of education in bringing hope and change to the region’s underserved communities. A concentrated investment in these efforts for female education has the potential to reduce Palestinian poverty fundamentally.